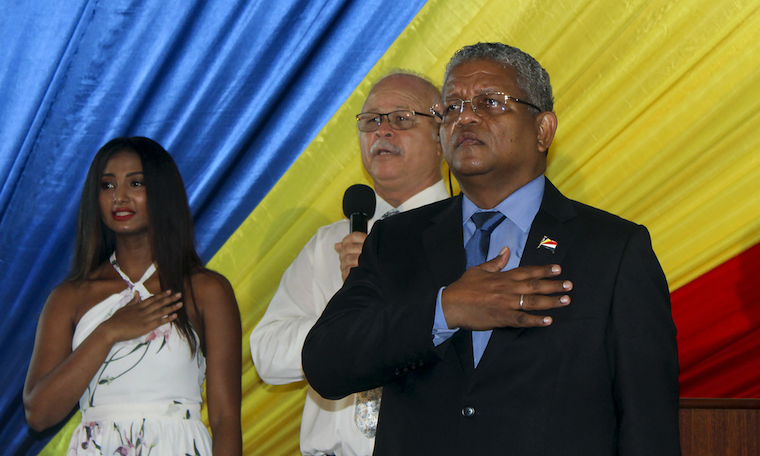 Seychelles' new president, Wavel Ramkalawan, is calling for national unity as he becomes the first opposition candidate in 43 years to lead the East African island nation.

Ramkalawan was sworn into office Monday at the state house after his commanding victory over President Danny Faure during three days of voting last week.

Ramkalawan is the fifth president the archipelago of islands in the Indian Ocean off the east coast of Africa has had. His Linyon Demokratik Seselwa (LDS) party also sealed a majority in the legislature, winning 20 of the 26 seats in the National Assembly.

There we go, UNITY UNITY..., without which there can never be change of ruler/leader to have chance to a different governance!

When will Ugandans understand UNITY like the rest of the world have?

Will 35 years of Museveni not be long enough, so instead of bringing down the divisive tribalistic system & UNITING, Ugandans prefer bolstering the demon by ensuring the fake parliament remains open to legalise him?

Just bringing down the tribalistic systedm & UNITY is all Ugandans need to block Museveni & force him out!
Report to administrator
0 #2 Lakwena 2020-10-29 08:47
Congratulations to the people of Seychelles.

They should thank God, they didn't have to go thru what Ugandans are still going thru. But we shall get there, probably next year God willing.

We have a Monster, who has been sucking our blood, fouling, fossilizing and super-gluing himself and family in our State House for the last 35 years..
Report to administrator