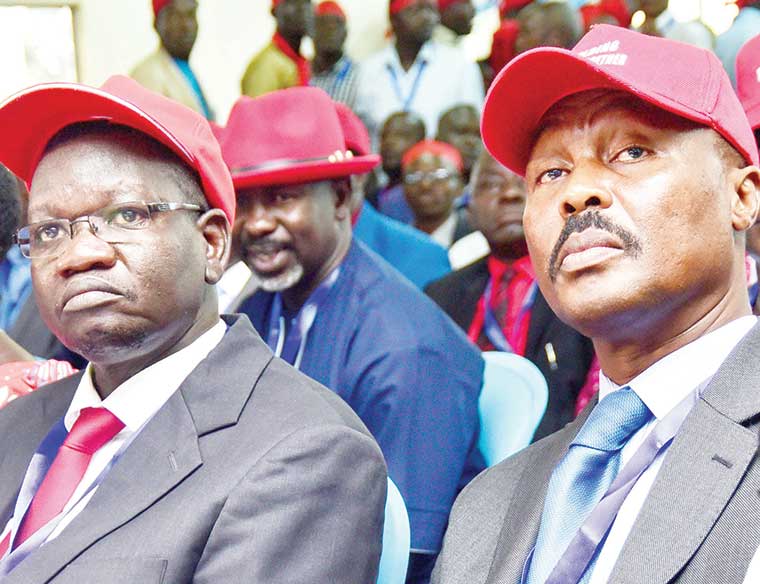 Patrick Oboi Amuriat and Mugisha Muntu have been verified

The Electoral Commission has finalized the verification of signatures of supporters for four more presidential aspirants bringing to eight the number of aspirants who have so far been cleared for nomination next week.

According to the Electoral Commission acting spokesperson Paul Bukenya, President Yoweri Museveni of the National Resistance Movement (NRM) who was the first to be cleared and was joined by other independent aspirants; Henry Tumukunde, Fred Mwesigye and Nancy Kalemba Linda.

By press time, four more aspirants had also been cleared. These include Patrick Amuriat Oboi of the Forum for Democratic Change (FDC), Gregg Mugisha Muntu, of the Alliance for National Transformation (ANT), Joseph Kabuleta Kiiza and John Katumba, both independents.

“We are still working towards clearing other candidates and we are hopeful by the time of nominations next week, all those who meet the requirement for being cleared will have been cleared,” Bukenya said.

So far, 22 out of 87 aspirants who picked nomination forms, have returned signatures of supporters to the Electoral Commission for verification. According to the Presidential Elections Act, a person qualifies to be a candidate after among others; having been supported by100 registered voters from two-thirds of all districts of Uganda. This translates to 98 districts and 9,800 voters.

On top of the eight whose signatures have been verified, 14 other aspirants have submitted signatures. These include Charles Bbale of the Ecological Party of Uganda, Robert Kyagulanyi Ssentamu of the National Unity Platform (NUP) and Fred Chemuko Wekuri of the Revolutionary People’s Party.

The Electoral Commission is expected to kick off the nomination exercise next week November 2-3 at Kyambogo University playground.