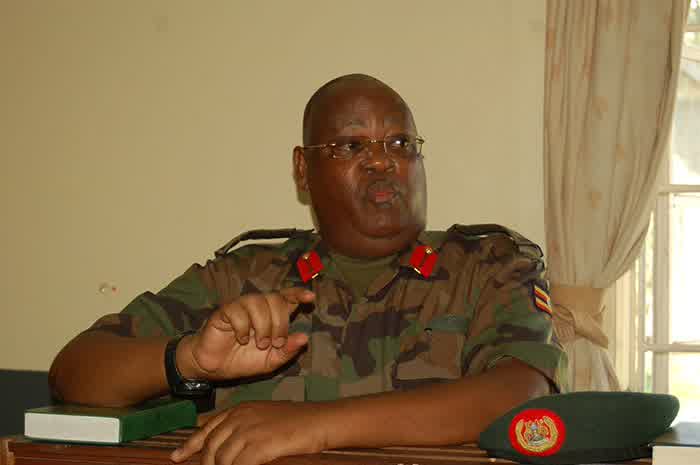 Bantariza who has been battling illness passed on at Mulago hospital last night according to family members. According to a family source, the actual cause of death has not yet been established but he said Bantariza has been unwell.

Bantariza has been serving as the deputy director Uganda Media Centre since June 2015 and officially retired from the army on September 28, 2015. He served as the Army spokesperson from 2000 to 2006 and has also served in different capacities as commandant National Leadership Institute (NALI), in Kyankwanzi between 2009 to 2011.

Bantariza was known for his eloquence and no-holds-barred approach to issues when he served as army spokesman in the early 2000s. This was before he was promoted to the rank of Lieutenant Colonel upon enrolling at the Senior Command and Staff College Kimaka.

Upon graduation in 2007, Bantariza was deployed at the army headquarters as deputy chief political commissar in 2008. He was later appointed commandant of the Oliver Tambo College, Kaweweta, from where he was transferred to Kyankwanzi in 2009.

Earlier in September this year, Bantariza was forced from the race for National Resistance Movement vice chairperson for Western Uganda because he was still a serving government official.

In 2013, Bantariza was arrested and charged with three counts of fraud against a backdrop of an investigation into the mismanagement of the National Leadership Institute where he was accused of forging receipts and employing unprofessional workers and sometimes relatives at the institute.

But after a one and a half year battle, Bantariza was set free after the army court found him not guilty of the accusations. He later accused people within the system of tormenting him.

Then, Bantariza said that after fulfilling Jesus’ command of forgiving his enemies 70 times seven times, he was now ready to be reinstated to his former job or anywhere else.

These are Tibuhabura's staunch supporters going one by one and Covid19 is helping the liberation process. No wonder Tibuhabura Museveni is so scared of it and Shaban's demise because of Covid is going to make the old man really frightened.

Anyway there is a time for everything. Rest in Pain (RIP) for arrogance and killing hundreds of innocent Ugandans. You wished Kyagulanyi death and you're tasting it before him. I mean that it's well with my soul that he is no more.
Report to administrator
12