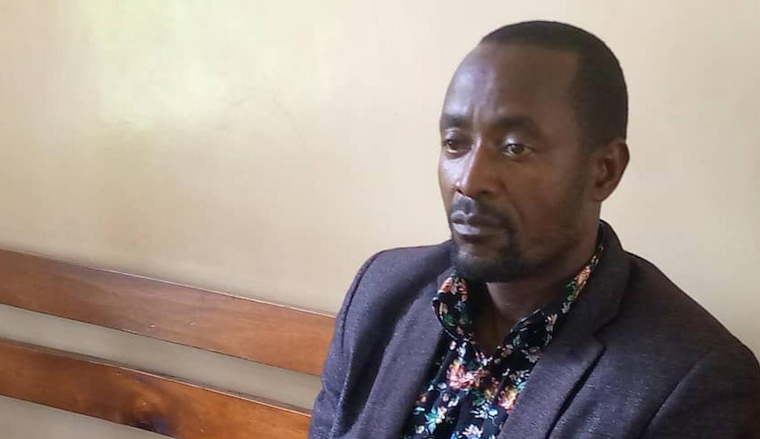 City businessman David Katumwa has been arraigned before Makindye Magistrate's court and charged with abduction of a 16-year-old girl. The charge attracts a jail sentence of seven years.

Katumwa, 46, denied the charge and applied for bail. Court heard that on September 24, 2020, at Luwafu zone, Makindye Division, Katumwa, a candidate for the Nansana Municipality parliamentary seat, unlawfully took a minor from the custody or protection of her parents.

The 16-old girl disappeared from her mother’s home after being questioned about the source of the money she used to buy a smartphone.

A case of a missing person was then filed by her mother at Katwe police station. But she was eventually informed that her daughter had been sighted at Katumwa’s home in the same area. She confirmed the same after seeing the girl in Katumwa's vehicle, leading to his eventual arrest.

Prosecution led by Lydia Nakato requested that in the case that court accepts to grant Katumwa bail, stringent conditions should be imposed to prevent him from interfering with the investigations and also, ensure that he attends court.

Accordingly, the magistrate granted Katumwa a cash bail of Shs 1 million and each of his sureties was told to execute a non-cash bond of Shs 3 million.

In 2015, Katumwa was similarly arrested on allegations of defiling a 13-year old primary seven girl. The minor said that she had been lured into a lodge where she was defiled from and later given Shs 20,000 with caution; not to reveal what had happened to her. The case is said to have been settled before Katumwa was taken to court.

+1 #1 JonSs 2020-10-24 08:13
Ha! Paedophile alert! So this man has history but has been let loose to prey on young girls yet I can’t hear anyone from law enforcement, moral police, the bishops or the ministers in education say a word. It’s because they’re accomplices.

Can you imagine if Katumwa had been found with an adult man in his bedroom? This place would be buzzing
Report to administrator
-1 #2 Jonathan 2020-10-24 14:21
I really wonder why the progressive business mogul decided to join dirty game ( politics) where a dog eats a dog. He must be prepared for long and costly court battle
Report to administrator
+1 #3 Kalemera 2020-10-25 14:50
Quoting Jonathan:

I really wonder why the progressive business mogul decided to join dirty game ( politics) where a dog eats a dog. He must be prepared for long and costly court battle