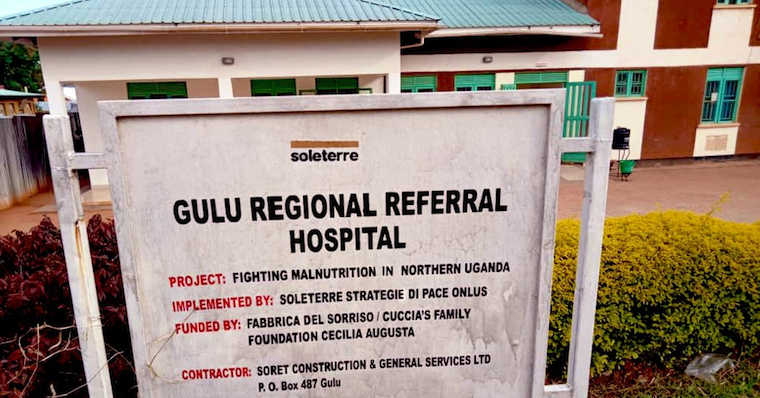 A section of Gulu hospital

A stray dog on Wednesday sneaked into Gulu regional referral hospital and took off with an amputated limb of a patient from the precincts of the operation theatre.

The limb was supposed to be sent to the biohazard crematorium for incineration. The limb was later found abandoned in the middle of Eden road in Gulu town between the junction near the ministry of Justice and Constitutional Affairs regional office and Boma hotel.

The management of the hospital remained mute and tight-lipped about the matter, which is clearly indicative of the worrying security situation and the poor waste disposal at the referral facility that sits in East Division of Gulu city.

A senior health official who spoke on condition of anonymity for fear of reprisal said the amputated limb was of no use anymore but a dog fleeing with the body part was indeed a serious lapse as it poses dangers of spreading disease like other rotting animal tissues would.

Nancy Atimango, a local resident said the sight of the leg which was cut above the knee area was so horrific and traumatising. Robert Olal, another concerned resident of Gulu observed that the incident showed gaps in waste disposal and management at the hospital.

Gulu resident district commissioner and chairperson district security committee Maj. Santo Okot Lapolo revealed that the limb belonged to an inmate who was shot during a foiled escape from lawful detention at Pece prison.

On October 16, Kennedy Ocaya and Alex Oyet who are facing murder and burglary charges respectively attempted to escape from Pece prison but they were intercepted. Ocaya who allegedly attempted to grab a gun from the prison warder was shot in the leg which later got amputated.

That is good material for the current NRM TV campaign broadcast so that this government is given a sixth term of office!

Acholi are busy ensuring Museveni's rule & forgot he killed them, sent them in exile, made UN confine themp in refugee camps!

But Acholi are thanking Museveni & are ensuring his lifetime rule & ownership of Uganda!

How can Acholi help Museveni own Uganda, when they can be Independent State running their affairs without disturbing any other tribe?

Even Kony ensures Museveni is safe while he illegally occupies foreign territory, thus leaves Museveni FREE to own Acholiland!
Report to administrator
12