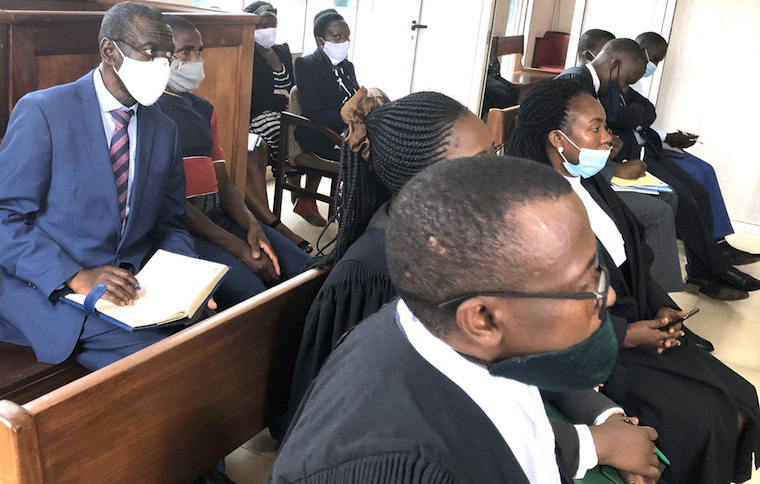 The Constitutional court has admitted it errored and reinstated a petition filed by former presidential candidate Dr Kizza Besigye in which he's seeking to have preventive arrest repealed from the Police Act.

The five-member panel of justices led by Fredrick Egonda-Ntende, Elizabeth Musoke, Cheborion Barishaki, Muzamiru Kibeedi and Irene Mulyagonja today Thursday reinstated the nine-year-old petition which had been dismissed about two weeks ago after discovering that it was erroneously dismissed.

On October 5, the same Constitutional court dismissed Besigye’s 2011 petition after his lawyer A.F. Mpanga and himself failed to turn up in court for its hearing. However, a few days later, Besigye’s lawyers filed another application seeking for its reinstatement on grounds that they had been given a hearing date of October 26, 2020, and there is no way how they could have turned up in court on October 5, 2020.

Today when the matter came up to court, Besigye through his lawyers Ernest Kalibala and Fredrick Mpanga asked the justices to reinstate the petition. The justices later asked the attorney general’s representative, Jimmy Oburu Odoi if he has objections to the request by Besigye’s lawyers.

Oburu told the justices that there is no way how he could object to the application when he knows that the error was done by the courts. The Constitutional court registrar had given Besigye’s lawyers a hearing notice which had wrong dates; requiring them to come on October 26 when actually the case was scheduled for October 5.

The justices did not say much in court apart from reinstating the petition as requested. After its reinstatement, the justices asked the parties to put in written submissions in their main petition such that they can go ahead and look at the merits and its demerits before giving their judgement which will be on notice.

Besigye filed the petition in question on October 28, 2011, ten days after he had been arrested during the walk to work protests and later put under house arrest under what the police termed as preventive arrest.

The walk to work protests started on April 11, 2011, by Activists for Change (A4C) and other opposition politicians who were protesting the sharp rise in commodity and fuel prices in the country.

In the aftermath, Besigye was on October 18, 2011, allegedly arrested on the orders of the then Kampala North Regional police commander Stephen Tanui, a few meters from his home as he started walking to Najjanankumbi for official political duties.

According to the evidence before court, Besigye was put on a police pickup and taken to Kasangati police station from where they told him that he was under preventive arrest. He was allegedly taken back to his home where he found dozens of security officers led by the then Rapid Response Unit officer Joel Aguma who also told him he was under house arrest.

Following this, Besigye challenged section 24 of the Police Act which gives police powers to arrest anybody who is about to commit a crime against himself or the public.

He also challenged section 26 of the Criminal Procedure Act which also gives police similar powers saying that these sections contravene his constitutional right to liberty, freedom of conscience, expression and assembly. He asked court to declare the said sections unconstitutional.

It is not the first time Besigye is having run-ins with the Constitutional court. After the 2016 presidential elections in which he stood, and like on the previous three occasions came second amidst allegations of vote-rigging, Besigye swore himself in as 'President of Uganda' and was promptly charged with treason by the state.

But in 2019, when Besigye was seeking the scrapping of the offence of unlawful assembly, the Constitutional court justice Kenneth Kakuru declined to grant his petition and advised him to seek remedies in his own courts or the judges who swore him in as president.

+4 #1 Apollo 2020-10-22 21:11
This is not a simple error. Rather, this is a systemic failure that pervades the entire branch of Government - the Judiciary..
Report to administrator
+5 #2 WADADA rogers 2020-10-23 08:39
Some times these judges are in a hurry to dismiss cases so that they are seen to be working kumbe wapi, they want to justify the payments they earn every month for work not done satisfactorily.