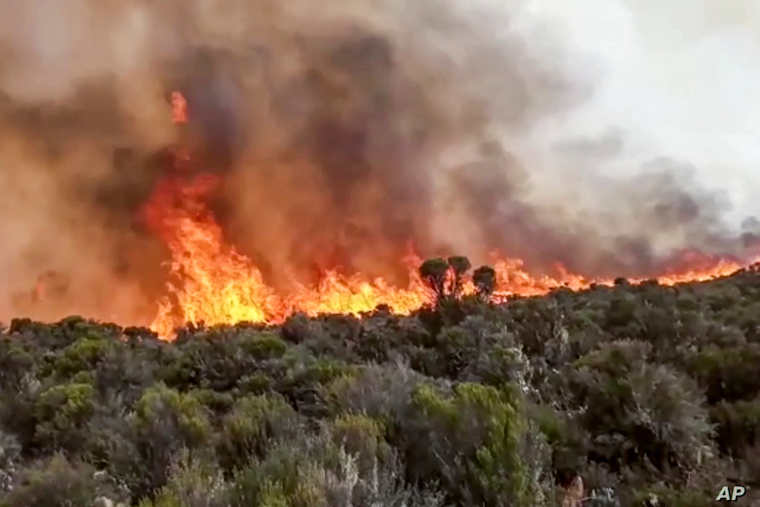 Firefighters in Tanzania are still trying to contain a forest fire for the sixth day running in a conservation area on Mount Kilimanjaro, Africa's tallest peak. With a summit of 5,895 meters (19,341ft), Mt Kilimanjaro is the highest point in Africa.

Tanzania's minister of Natural Resources and Tourism, Hamisi Kigwangalla, said Wednesday that the fire is threatening the alpine ecological zone, which is inhabited by various creatures including birds, snakes and lizards.

Kigwangalla said dry conditions, strong winds, and the location of the fire are hampering efforts to bring it under control.

Initial reports indicate the fire was caused by porters heating food for climbers on Sunday, but the probe into the blaze continues. There have been no reports of human casualties.