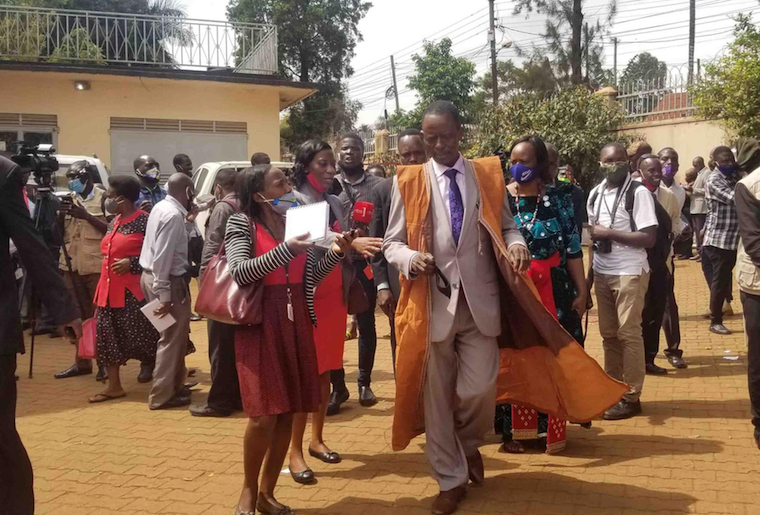 The Electoral Commission has nominated 66 persons seeking to contest for parliamentary positions in the 10 constituencies of Kampala city, spread around the five divisions.
They include 59 aspirants for directly elected positions and seven others for the Woman MP seat. According to the breakdown, Lubaga South attracted the highest number of aspirants with 13 contenders, followed by Nakawa West with eight candidates.
The Kampala Woman's parliamentary seat has seven candidates, and so is Nakawa East, and Makindye East, Lubaga North has four candidates, Kawempe North and Makindye West have six candidates each, while Kampala Central has five candidates.

According to Fredrick Muwaya, the Kampala district returning officer, the exercise, that started at 9 am on Thursday ended slightly after 5;30 pm, was largely successful. He says that more than 70 people had booked appointments with the Electoral Commission to be nominated on day-one of the exercise.

But four of these were left out by the time the exercise ended and were advised to report tomorrow. An additional 20 aspirants have been booked for nomination on the second day of the exercise.

A few aspirants failed to meet the requirements and were sent away. Muwaya said that the Electoral Commission was very clear on the use of attires or headgear which connotes anything to do with political affiliation.

Nominations will resume Friday at 9:00 am to 5 pm.

They include Forum for Democratic Change's (FDC) Stella Nyanzi, NUP's Shamim Malende, and NRM’s Faridah Nambi Kigongo. The others are Alliance for National Transformation’s (ANT) Aisha Nabasirye and Fatumah Mubiru for Justice Forum (JEEMA) and independent Evelyn Kasiri  Kent. Only Rebecca Robinah Namugwanya, another independent candidate is due to be nominated on Friday.

Nyanzi says she has been tested over time and that she will speak truth to power. According to Nyanzi, parliament needs people who are committed and not those that are absent all the time.

Malende says that it’s unfortunate that she was sent back to get photos without a red beret, but thanks God she finally managed to get nominated after bringing new photos. She says she will stand for the people of Kampala and ensure that the city is transformed.

The current Woman MP for Kampala is Nabilah Naggayi has opted to stand as lord mayor on the NUP party ticket after switching from FDC.

What have mps done for electorate for the last +34 years, what will they do this time, given it's the same dictator who owns tax money & controls every institution, who will still be in post, officialised, legalised, constitutionalised by Ugandans?
Report to administrator