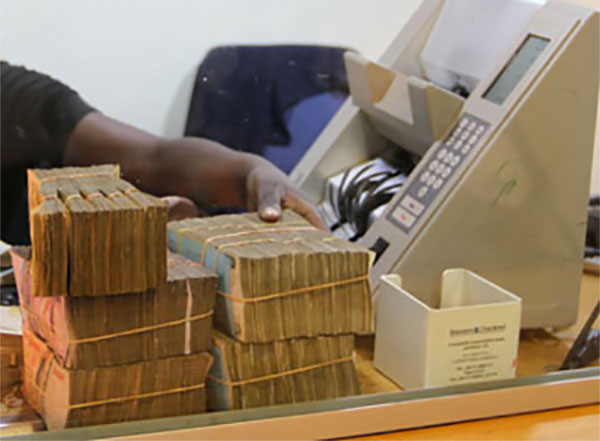 The virus responsible for Covid-19 can remain infectious on surfaces such as banknotes, phone screens and stainless steel for 28 days, researchers say.

The findings from Australia’s national science agency suggest SARS-Cov-2 can survive for far longer than thought. However, the experiment was conducted in the dark. UV light has already been shown to kill the virus.

Some experts have also thrown doubt on the actual threat posed by surface transmission in real life. The coronavirus is mostly transmitted when people cough, sneeze or talk.

But there is also evidence that it can also be spread by particles hanging in the air. It is also possible someone could get Covid-19 by touching infected surfaces such as metal or plastic, according to the US Centers for Disease Control. This is believed to be much less common, however.

What does the study say?

Previous laboratory tests have found that SARS-Cov-2 can survive for two to three days on bank notes and glass, and up to six days on plastic and stainless steel, although results vary.

However, research from Australian agency CSIRO found the virus was “extremely robust,” surviving for 28 days on smooth surfaces such as glass found on mobile phone screens and both plastic and paper banknotes, when kept at 20C (68F), which is about room temperature, and in the dark.

In comparison, the flu virus can survive in the same circumstances for 17 days. The study, published in Virology Journal, also found SARS-Cov-2 survived for less time at hotter temperatures than cooler temperatures; it stopped being infectious within 24 hours at 40C on some surfaces.

It also stayed longer on smooth, non-porous surfaces than on porous materials such as cloth, which was found not to carry any infectious virus past 14 days.

This is not good news for Uganda at all, which is largely a cash economy like many developing countries. Money changes hands every second in overcrowded markets, taxi parks and malls.

Uganda, according to the 2019 Bank of Uganda annual report for the year ended June, is still a largely cash economy with cash payments representing at least 96 per cent of completed transactions. However,

In 2019, Bank of Uganda indicated, cash payments had risen above the annual average of Shs 423bn to Shs 544bn.

The growth represented an increase of 20 per cent from Shs 455bn recorded in the year ended June 2018. The Central Bank has previously indicated that achieving a cashless economy will take some time.

Uganda currently has only two million electronic cards through which payments can be made. However, private sector innovations such as mobile money, single purpose stored value cards, e-commerce, aggregators, and remittance companies such as Western Union, continue to drive the country closer to a cashless economy.

0 #1 Jonathan 2020-10-14 13:14
It was expected that the Bank ( DTB ) won't give up the struggle easily.
Quote | Report to administrator
Refresh comments list
RSS feed for comments to this post
Add comment