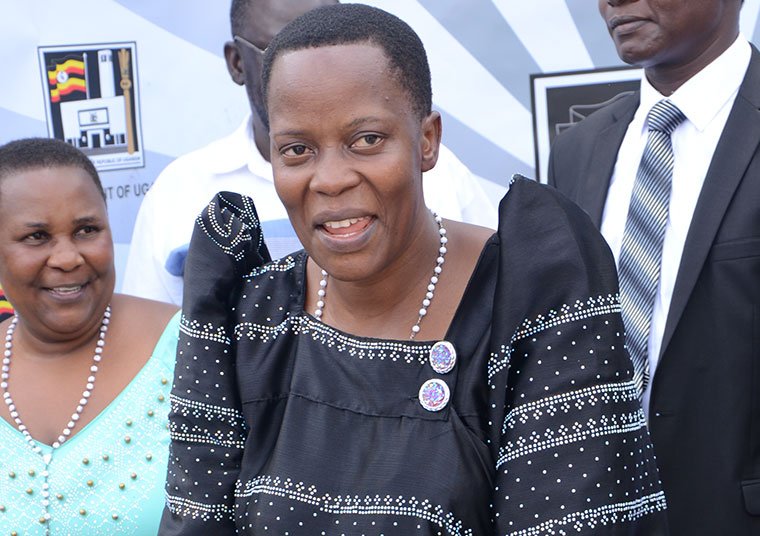 The race for the Mukono municipality parliamentary seat has whipped up tensions between incumbent MP Betty Nambooze and Mukono diocese over the management of Bishop Schools.

In her recent speech to supporters at the National Unity Platform (NUP) party offices in Mukono, Nambooze accused the Bishop of Mukono diocese, James William Ssebaggala, of conniving with her Democratic Party rival and incumbent mayor, George Fred Kagimu, to repossess land belonging to Bishop Schools largely to sell it to private developers.

The schools include; Bishop East, Central and West primary schools that were established in 1910 close to the diocesan headquarters in Mukono Central division. She accused Kagimu of siding with the church to destroy the image of the historical schools attended by many people who have lived in Mukono.

Nambooze claimed that Kagimu duped the municipal council to pass a resolution removing the schools from government jurisdiction.

In March 2016, the church came under fire from parents protesting the merger of Bishop Central and East to form a single day primary school and the decision to reclaim Bishop West and place it under the diocese as a private boarding school to improve performance.

Mukono diocesan secretary Canon John Ssebudde has faulted Nambooze for dragging the bishop in her political campaigns. He said the school’s grades improved when the diocese took over management of Bishop West primary school. The school registered 20 first grades in the last Primary Leaving Examinations.

Canon Ssebudde said the diocese has enough projects to fund its schools and has always managed to pay teachers on time. He said there was no sense in maintaining three poor- performing government schools in the same area.

The diocesan lawyer, Ronald Musoke, said they will not look on as Nambooze belittles the diocese and its top leader. He advised the MP to stop spreading false propaganda against the church and its leaders or risk being sued for defamation.

The diocesan provost, Rev Canon Enos Kagodo, wondered why the MP would falsely accuse the bishop of selling church land yet he has spent most of the years of his ministry fighting to reclaim church land in different parts of the diocese.

“The bishop is hated for evicting encroachers on church land in different archdeaconries. He would use the opportunity to instead get money from the encroachers to maintain them on the contested land. Nambooze should focus on assessing what she has promised and done for people in Mukono instead of sowing hatred,” Canon Kagodo said.

During celebrations to mark Bishop Ssebaggala’s 10th  anniversary as the Bishop of Mukono diocese, Church of Uganda archbishop, Dr. Steven Kazimba Mugalu commended him for transforming the outlook of Bishop Schools and their performance.

They hide under the name of the most high God to do all sorts of evil. May God bring judgement on them they have let this country down.
Report to administrator
+1 #2 Jonathan 2020-10-14 21:20
It's a shame that so called men of God have turned houses of worship into a den of criminals , conniving with greedy politicians to sell a land that belongs to God then blame the Satan for their transgressions.

When Dovic, a man with state house connection razed down a church in Ndeeba which belonged to church of Uganda, men of God shaded crocodile tears over the demolition of a church building but they are not difference between them ( men of God ) and Dovic .

The only appreciatable difference between Dovic and men of God is that they didn't raze down the buildings which belong to Bishop' west primary school.
Report to administrator
-1 #3 WADADA rogers 2020-10-14 21:48
Okay, we all know that Betty Nambozo(e) is a motor mouthed woman, some times she speaks without thinking but then, who will bell the cat if she does not.

You see, these men in colars (Am not referring to dog colars) think they are untouchable and that nobody should point a finger at them, They think they are holly and righteous and are not prone to making mistakes. we have heard of Bishops and Priests who have fathered kids, some times with married women.

Under those gowns these religious leaders can be dangerous. For instance, do you know that they played a big role in bringing Museveni into power, they still do so in keeping him in power with the exception of Cyprian Kizito who tells him off.

Its only fair that when they men go wrong, we also rebuke them in any fora, brave Betty, you have done what others fear to do.
Report to administrator
0 #4 Kalemera 2020-10-15 20:51
Quoting WADADA rogers:

Its only fair that when they men go wrong, we also rebuke them in any fora, brave Betty, you have done what others fear to do.

Kizito is not the saint you think he is. Probably the worst. When was the last time you heard him being critical? Why?
Report to administrator