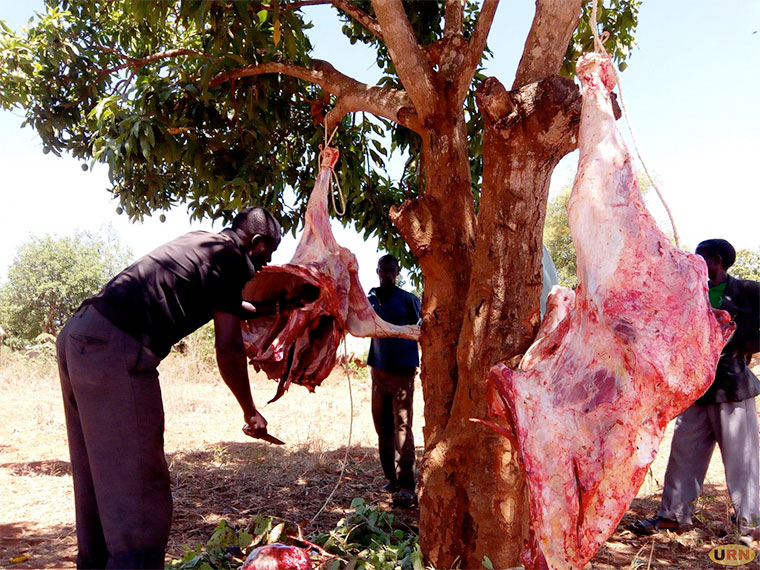 Police in Soroti has arrested a veterinary doctor, a police officer, and a driver for distributing meat which is unfit for human consumption. The meat was found in a motor vehicle Reg no. UAM 699H which was travelling from Moroto to Serere district in eastern Uganda.

East Kyoga police spokesperson David Mudong said that the motor vehicle was intercepted following a tip-off that five cows which had been declared diseased and recommended for destruction in Moroto had been transported to Teso.

In the aftermath, the Soroti district veterinary officer, Dr Kokus Olupot was called to inspect the animals, which he subsequently declared unfit for human consumption. But police received information that the meat had already found its way into the butchery.

According to initial investigations, Dr Olupot and a police officer identified as Simon Oluk, a detective constable attached to Soroti central police station, connived with unscrupulous traders to allow the meat into the butchery.

He added that a general inquiry file has been opened to ascertain circumstances under which the meat of the five slaughtered cows got into the market.