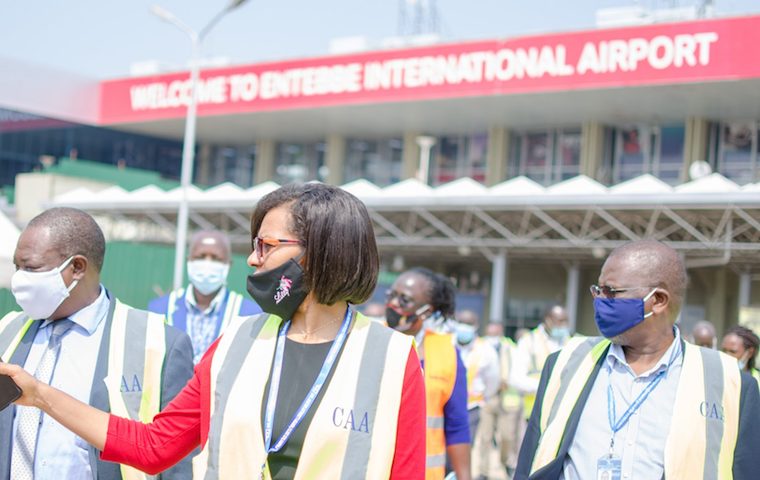 More than 50 passengers have so far missed their flights for showing up at Entebbe international airport with invalid COVID-19 negative test certificates.

The new guidelines came into effect on October 1, 2020, when the government reopened Entebbe airport for commercial flights after a six-month lockdown. On average, 14 flights take off at the airport each day, with at least 50 passengers on board. However, information obtained from the airport shows that more than 50 departing passengers have missed their flights because of failure to present valid PCR COVID-19 test certificates.

The certificates are mandatory for passengers whose final destination is Dubai or are connecting through Dubai from 55 countries including Kenya, Uganda and the USA among others. On October 7, four Ugandans including one female adult and three minors also missed their flight to Tunisia after presenting expired certificates.

The certificates were issued on September 16 after they secured clearance from the ministries of Health and Foreign Affairs to leave Uganda. A female passenger missed her flight after she received her results three days after the testing. By the time she received soft copies of the valid certificates, the plane had already departed from Entebbe.

The same happened to another female Ugandan, who missed her flight on October 8. She was expected to board the 11 pm Fly Dubai flight to UAE. She cried when the health workers turned her away.

"It is painful that my certificate expired and yet my employer has been waiting for me to travel since July," she lamented.

She had secured a job as a domestic worker in the UAE.

"I took on the 29th and then results came back on the 1st October. I have to go back and take the test again," she said.

She rescheduled her flight at a cost of $150 (about Shs 555,000). A mother who spoke on condition of anonymity said her son travelling to Canada for studies almost missed his flight because of the delayed release of the test results by Makerere University hospital. The results were released just ten minutes to his 3 pm flight.

She explains that it would have been detrimental for her son because Canadian universities opened last month, and international students are being admitted this week. However, all incoming travellers must undergo 14-day mandatory quarantine in Canada. Travellers to Rwanda must have a negative COVID-19 test certificate but are also tested on arrival and undergo mandatory quarantine as they wait for the results.

A Ugandan resident in the USA missed his flight on Brussels Airlines last Sunday. The airline turned him away because of an expired COVID-19 test certificate. As a result, he had to do fresh tests because his COVID-19 certificate expired on Tuesday yet he wanted to travel on Wednesday.

The same airline cancelled an evacuation flight in July and as such, his wife and relatives in the USA decided to buy him an air ticket for Ethiopia Airlines. He finally departed on October 8. His biggest worry was being unable to renew his residence certificate in the USA, which is due to expire on October 20, 2020.