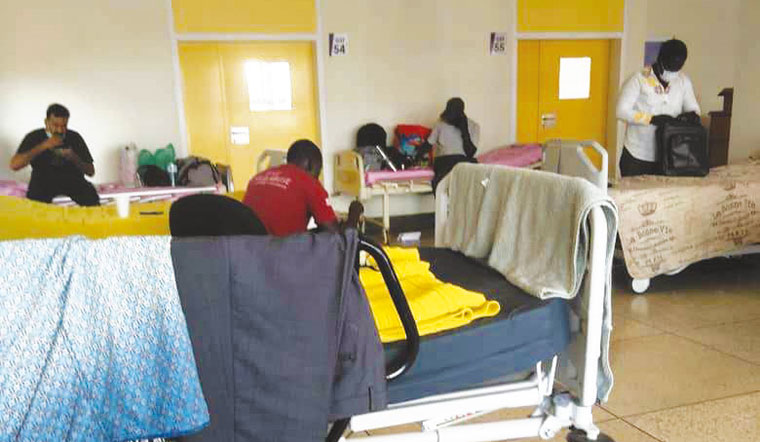 COVID-19 patients and some of the recovered cases are presenting with a number of mental illnesses, mental health experts have revealed.

According to mental health experts, while studies are still ongoing to establish the mental effects of COVID-19, some cases that have been treated in Uganda have presented with a series of mental conditions including anxiety, acute psychosis, delirium, depression and chronic fatigue.

Prof Noeline Nakasujja, the head of the psychiatry department at the college of Health Sciences, Makerere University, says that the most common mental health condition COVID-19 patients presented during treatment was anxiety and depression.

"The commonest presentation is anxiety, depression. Those are really standing out very much but we’re also getting individuals coming in with acute psychosis. For individuals who get severely ill, they get delirium, said Nakasujja.

Some of the patients continued presenting with signs of mental illness even after treatment and discharge. Dr Juliet Nakku, the executive director of Butabiika Mental National Referral hospital, says that while they are still studying the effects COVID-19 might have on humans, they have so far identified depression and chronic fatigue as the commonest effects.

"We have seen people breaking down into all sorts of things. After treatment, we have actually seen people come up with depressive symptoms or syndromes. Depression that they never had before or they hadn’t been known, have depressive episodes and then they turn up with these prolonged dense depressions. Some people have shown features of chronic fatigue syndrome but like the other panellists have said we’re still studying these things. It is still young and we’re still analyzing exactly what the mental effects are going to be." Dr Nakku said.

She explained that some of the patients who were admitted were suicidal.

"During admission as they were getting treatment, some of the patients were very depressed that they developed suicidal tendencies. We had to carry out counselling," added Dr Nakku said.

Uganda has a total of 6,109 COVID-19 recovered patients. However, it's not clear how many of the recovered patients might have suffered from an episode of depression or anxiety. Ideally, it takes positive COVID-19 case fourteen days to recover from the illness.

In other countries, recovered patients have reported several conditions such as dementia, inflammation of the heart, persistent shortness in breath and fatigue.

COVID-19 is spread from person to person through respiratory droplets from coughing, sneezing, or talking. Effective preventive measures include frequently washing hands with soap, wearing a face mask while in public and social distancing.