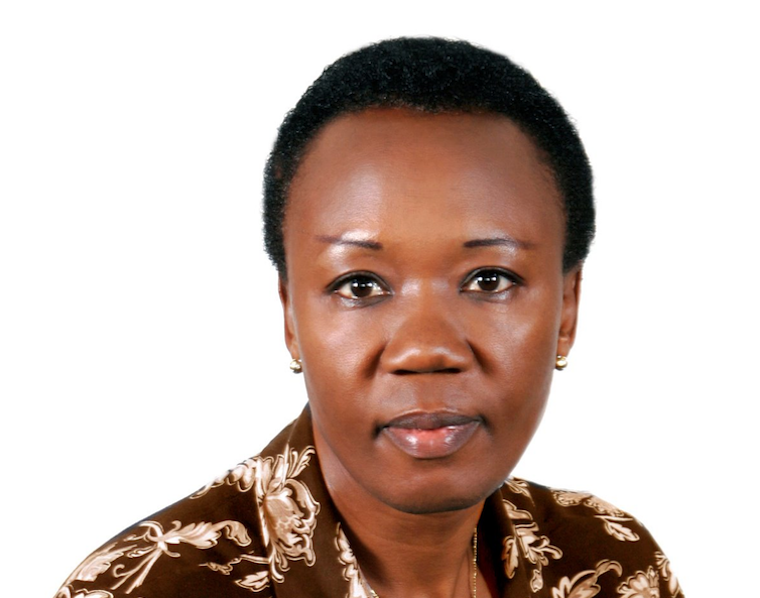 Naome Kabasharira, the aspirant who won but later lost the Rushenyi constituency NRM primary elections has accused the party electoral commission chairman, Dr Tanga Odoi of siding with her opponent to rig her victory.

Speaking today at the party offices located at Plot 13 Kyaddondo Road in Kampala, Kabasharira said it was wrong for Odoi to overturn her victory basing on contested results.

According to the new results announced last week, the state minister of Labour, Mwesigwa Rukutana defeated Kabasharira with only 20 votes. According to Odoi Rukutana polled 25,310 votes against Kabasharira’s 25,290 votes. This forced her to petition the party’s election tribunal alleging that Odoi’s actions which were in bad faith led to her loss.

Kabasharira accused Odoi of lying that he visited the four contested villages, yet he was taken on a guided visit by Rukutana’s agents. Her main point of contention is in four villages where she says results were either doctored or no elections were held at all. The four villages include; Nyakahita, Ruyonza, Rwakabira and Rugongi.

“God of the heavens should help us because the chairman is not telling the truth,” said Kabasharira.

She now wants the tribunal to either declare her the winner or hold a re-run in the four contested villages. Speaking to URN after her presentation to the tribunal which was led by her lawyer Wesley Tusingwire, Kabasharira said she wants to first exhaust all the appeals mechanism provided for in the party before she can announce her next course of action.

Odoi was unavailable for comment. Presenting his case on why the tribunal should uphold the results declared by Dr Odoi, Rukutana who was represented by his lawyer Okello Oryem said that in his view, the tribunal cannot overturn the ruling of the party electoral commission chairman.

“The chairman already investigated those allegations and took a decision. In our view, this tribunal cannot hear a petition that the chairman determined,” said Oryem.

He said all the polling stations that Kabasharira said there was no election, have affidavits sworn by electoral officials and some villagers to the effect that there were elections. “Once there has been investigations and the matter is closed, you can’t open it up,” Oryem said.

This prompted Enock Barata, one of the party lawyers appointed to hear the petitions, to wonder why then they were appointed in the first place.

“The tribunal will be useless if it can’t hear this petition between the Electoral Commission and the candidates after the declaration of results,” said Barata.

Rushenyi was among some of the areas which witnessed high levels of violence that led to the shooting and wounding of one person as the NRM was holding party primary elections. Rukutana was arrested, prosecuted and then remanded for two weeks for allegedly shooting a supporter of his opponent.

Lukuntana is the one who touched that thing, the constitution. For him to lose, clearly indicates and/or reflects that people were not happy with him.

How could M7 let that happen? No way Hosay. Look what happened in Kasese after people power was on course of winning every by elections!

M7 had to put a stop on it and he did. So, elections are just a process of legitimizing M7. Period. Lukuntana is a criminal who doesn't qualify to be announced as a winner because he shot a person.
Report to administrator
+1 #3 Nalongo Mutima 2020-10-01 16:55
Why Rukutana suddenly wins after losing, is that he is the age limit advocate. if he loses, it will be interpreted that age limit law is unpopular.

The poor lady has to be sacrificed.
Report to administrator
+1 #4 Zaitun 2020-10-02 09:42
Cheating is good when Opposition members are forced to be losers but not a good idea for NRM members, is that not it?

Dear Naome Kabasharira, yes, you have now learned with utter bitterness that elections thieves in this country are deadly cancer causing havoc to democracy and they are a disaster to the development of the country.

It is thieves who will want to win by hook or crook. The violent, bribery and theft-ridden primaries of the NRM clearly show that Uganda is in the hands of a criminal enterprise; a gang of thieves struggling to re-position themselves in order to bleed the country.

Forget the hullahallo about how NRM liberated Uganda; for liberators who have stayed too long eventually turned into thieves…
Report to administrator
0 #8 Humless 2020-10-02 23:04
They have gained the whole world but sadly lost the most important aspect of life accomplished.
So so sad.
Report to administrator