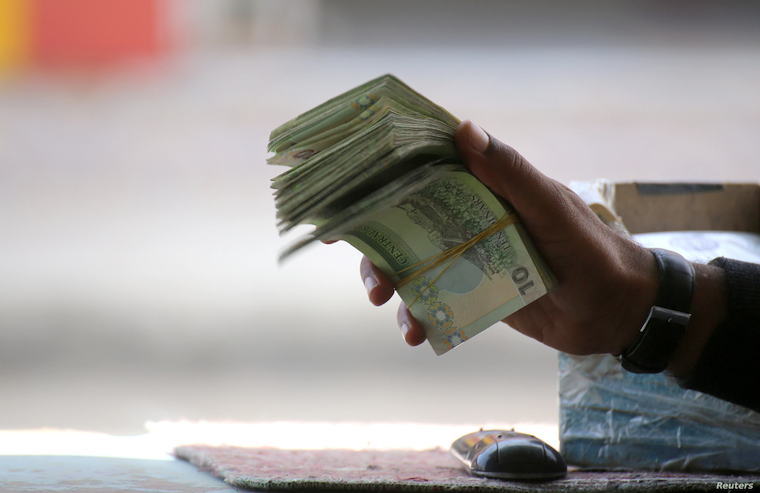 FILE - A Tunisian illegal black market money changer clutches a fistful of Dinars in the town of Ben Guerdane, near the Libyan border

UN Conference on Trade and Development (UNCTAD ) economists say the vast sums of money flowing out of Africa through illegal, corrupt practices are undermining progress made by African countries to achieve the UN’s Sustainable Development Goals (SDGs) by 2030.

The economists say the scale and scope of illicit capital flight, which is equivalent to 3.7 per cent of Africa’s gross domestic product (GDP), and the economic consequence of COVID-19, threaten to reverse gains made in health, education and other areas.

Nigerian vice president, Oluyemi Osinbajo warned that the illicit financial flows out of Africa also undermine the foundations of democracy, provide financial incentives for terrorist activities, and fuel conflict on the continent.

"The enormity of efforts required to tackle illicit financial flows is evidenced in the many dimensions the scourge presents itself," he said by video conference from Lagos, Nigeria.

UNCTAD secretary general, Mukhisa Kituyi said Africa needs an estimated $200 billion a year to achieve the SDGs, but only about half that amount is available.  He said illicit financial flows represent a major drain on capital and revenues in Africa and this puts development prospects on the continent at risk.

"Countries with high illicit financial flows invest about 25 per cent less in health, 58 per cent less in education than comparable countries on the continent," Kituyi said. "And, half of the countries in sub-Saharan Africa do not have sufficiently developed domestic transfer pricing rules and regulations in their jurisprudence."

That, Kituyi said, is a handicap for governments that have limited capacity to challenge multi-national enterprises in their domestic courts on these illegal practices.

0 #1 kabayekka 2020-10-01 03:03
Since this continent's citizens are religious diehard, well the UN can try to prevent this international corruption by formulating a religious strategy.

One reckons the religious of this planet are the richest population!
Report to administrator