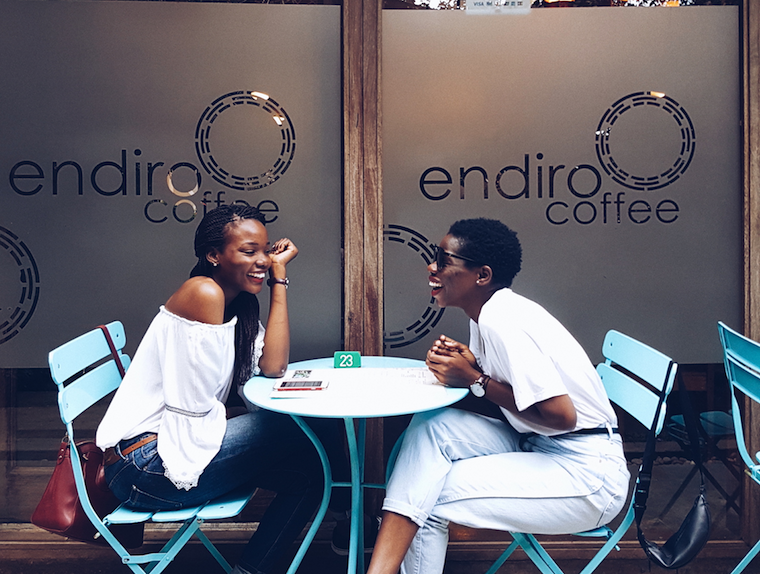 Government is set to hire foreign coffee and health professionals to sensitise Ugandans about the benefits of consuming coffee. Although Uganda is Africa’s largest coffee exporter, it earns less than Ethiopia in revenues per unit.

This is because Ethiopia processes most of the coffee it produces and, although it sells most of it locally, it fetches more. Now, the Uganda Coffee Development Authority managing director, Emmanuel Iyamuremye says government is going to fly in experts to teach Ugandans the need to consume coffee. This Iyamuremye says, as more Ugandans demand for more coffee, it will not only make farmers earn more from their coffee but also improve the processing process which will eventually earn more money for the country. It is not immediately clear how many or how the expatriates will sensitise Ugandans about the benefits of coffee drinking.

However, the coffee sector is finding it hard to make Ugandans, including coffee farmers themselves to adopt to coffee drinking because traditionally, Ugandans are consumers of tea while some think tea has more health benefits than coffee.

"We’re first demystifying the myth that coffee makes people not to have sleep. So we have started a process where we bring experts from abroad who are medical people so that they explain that coffee actually has health benefits. We’re now coming to the institutions where we have formed university clubs and secondary schools where they appreciate that coffee is a good drink. Lastly, we’re looking at how we can promote roasting in the country. We have been training youths, barristers how to serve a good cup of coffee. We have helped to generate many cafes around the corners of Kampala but also upcountry you see the coffee culture coming up," Iyamuremye said.

Uganda exported up to 5.2 million 60 kilogram bags last coffee year, the highest volumes exported in a year since 1991 and earned the country close to $500 million. Most of this was exported between July and August, a surprising development that this was during the COVID-19 induced lockdown.

This gives more hope that the country will attain the 10-year strategy aimed at exporting 20 million bags between 2025 and 2030.

The Minister for Agriculture, Animal Industry and Fisheries, Vincent Bamulangaki Ssempijja says Uganda’s coffee is also gaining market and has already taken over the Italian market from India. He, however, says that had it not been for the pandemic which paralyzed some activities like transportation to some countries and delays at borders, the coffee industry would have performed much better.

The money wasted on people who do not even know how a coffee tree looks like to come at teach those who grow it how to drink it should be paid to locals like myself
Report to administrator
0 #2 Kibera Nestor 2020-09-30 10:43
How stupid can our bureaucrats be...
What next eeh ?

Perhaps some expatriates to teach Ugandans how to eat matoke...
Report to administrator
+1 #3 Omulangira Ngobi 2020-09-30 15:47
On behalf of Endiro Coffee, our permission was not given to use this photo in this way and we do not support this move by the UCDA.

Ugandans do not need ""expert" foreigners to come and teach us how to drink coffee. We know how to drink coffee. In fact they may need us to teach them.
Report to administrator
0 #4 Tanansi Michombero 2020-09-30 18:44
This Emmanuel Iyamuremye, is he the same Emma Kato son of the late Thomas Kato? If so, the man has a dubious distinction
Report to administrator
+2 #5 Zaitun 2020-09-30 19:48
Do not tell us rubish about coffee drinking. It is as if you would like to tell us Ugandans how we should eat our food.

What is great about seeing foreigners take coffee?
Emmanuel Iyamuremye and his govt. have caused us greater losses which we Ugandans, do not understand.

Where did you take all those machineries that belonged to Coffee Marketing Board before you guys sold away the CMB bulding after destroying the Company?

All you are doing is to steal, steal and steal under the pretext of educating us. In any case, Ugandans have been drinking coffee for the past how many decades before you thieves arrived in this country to cause havoc.

Time is in the corner when we shall press you guys like oranges to hand back what you have been stealing all these years. Some of you will leave Uganda as you were born: without pants.
Report to administrator
0 #6 Kirya 2020-09-30 20:23
White washed bushmen with nothing better to do!
Report to administrator
0 #7 Ange 2020-10-01 06:58
There are many expatriates in Uganda that can do that,they're just wasting our money to the silly expatriates,they're going to give them.

lots of money,first teach us how and where to grow it,how to brew it then we will drink it.how can you teach us how to drink coffee seriously..munyiiza basajja mwe,mujooga
UCDA wakeup you've not done enough in the coffee development..
Report to administrator
0 #8 Lakwena 2020-10-01 09:06
In other words, this backward government never ceases from reinventing the wheel and re-writing History.

If it were not because of the regime's backwardness of reinventing the wheel and trying to re-writing the history of this country; the Uganda Coffee Marketing Board (bastardized Coffee Development Authority) was religiously culturing Ugandans into local consumption of affordable Coffee.

There was a number of affordable Coffee Shops in Kampala e.g., there was a popular one on Kampala Road, opposite the City Square.

Otherwise, most of the current Coffee Shops like Java, are exclusively beyond the means of an average Ugandan.

Isn't this mental slavery.Perhaps it's inferiority complex. The one who suggested it should resign!
Report to administrator