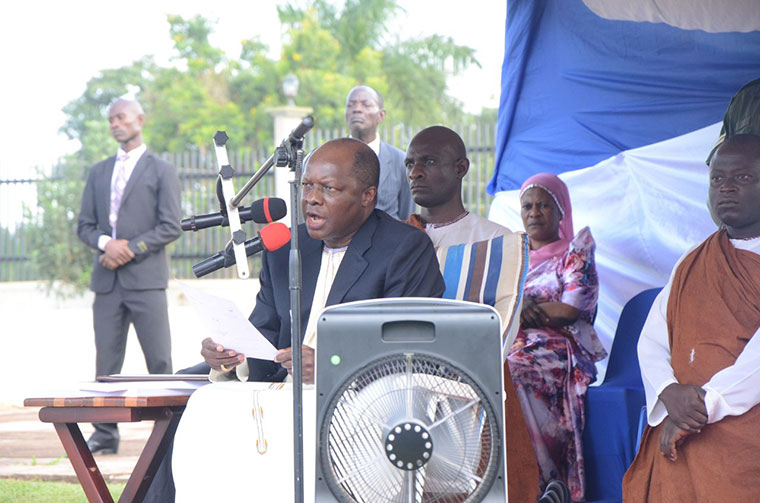 The Land division of the High court has dismissed with costs an application by Buganda royals Kalemera Kimera and Nalinya Nandaula, who were claiming 16 square miles of land at Masajja, which the Central government returned to Buganda kingdom recently.

The pair, who are the administrators of the estate of former Buganda king Ssekabaka Daudi Chwa II, were arguing that the land title should be returned to them instead of the Kabaka of Buganda, who was among the defendants along with Buganda Land Board and the commissioner land registration as well as the Attorney General.

The key issue was differentiating whether the land was owned by Daudi Chwa II in his capacity as the Kabaka of Buganda or as a personal property that could be claimed by his estate after demise.

In his critical September 28 ruling that could have far-reaching implication on land matters, the Principal Judge, Justice Dr Flavian Zeija, noted that the law on the limitation period to bring an action of recovery of land is well settled.

Zeija noted that the title was issued to Kabaka of Buganda in 1924 and had several leases issued to various lessees thereafter. That this was way before the demise of Daudi Chwa II in 1939 but neither he nor his beneficiaries ever challenged the same.

“I have noted of late a resurgence of claims by grandchildren of many deceased persons, many of whom allege fraud when in actual fact the alleged fraudsters are sometimes dead. This resurgence is caused by the ever limited resource called land.”

He further said the increase of land value is attracting all sorts of claims in court. “To circumvent the 12-year limitation period, fraud is always invoked as a cover for machinations to dispossess land from the rightful owners. Courts should stand up to stem this fraud guised in the name of the law to stem fraud,” he said.

“It is only in 2017 that a few grandchildren of Daudi Chwa II remembered that there is an estate in which they have an interest after they leant of UNRA compensation. This suit is not about learning the existence of fraud. It is about partaking in the share of compensation…with the above deliberations; the suit is accordingly dismissed with costs to the defendants.”