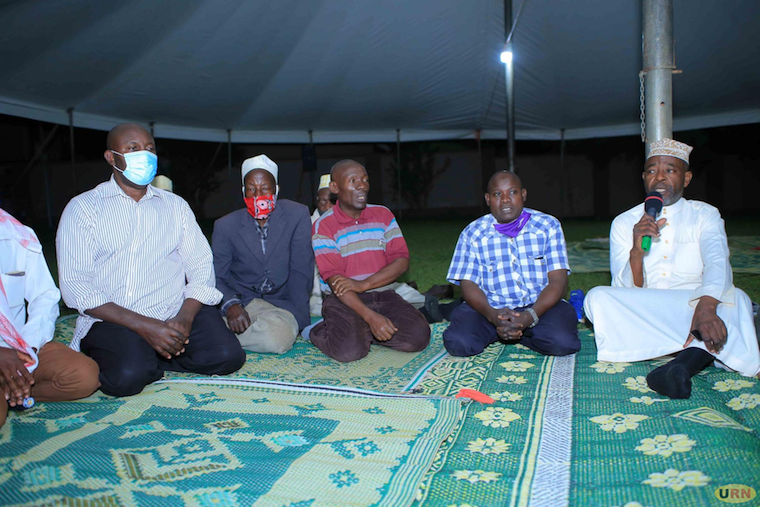 The family of the late Nasser Ntege Sebaggala have resolved to stay his burial for at least one week. Sebaggala, who passed away on Saturday, will now be buried next Sunday, October 4, to enable his children who are abroad to attend his send-off.

The decision supersedes an earlier communication issued by one of the deceased’s brothers Hajj AbduLatif Ssebaggala Ssengendo who had said that Ssebaggala will be buried today Sunday, September 27.

His younger brother, Hajj Muhammad Ssebaggala said that it was inevitable to extend the burial date for a week to fulfil a will by the deceased to have all his children present at his burial. 14 of the children are in the United States of America.

"We had earlier on indicated to the public that Hajji Ssebgala will be laid to rest tomorrow [Sunday], after intensive consultations and discussion with the family, we have resolved that Hajji Ssebagala will be laid to rest on 4th October - next Sunday here at Kisassi at 2 pm. This has been caused due to the fact that Hajji Ssebagala has got about 14 children who are in the diaspora, in different states. And in order to accommodate them such that they are present here when burying their father, we have resolved that let us give them a chance to come and join us in this trying moment," said Muhammad.

Muhammad added that in the meantime, at their ancestral home in Kikulu, Kisaasi, the family will hold prayer sessions every day between 4-6 p.m in memory of their deceased relative.

He added that they will ensure that very few mourners spend nights at the home and that whoever comes around will be required to spend no more than 10 minutes so that they can create space for other mourners to visit the home.

All these arrangements according to Ssebaggala are aimed at respecting the COVID-19 guidelines as issued by the ministry of Health, but also accord every family and friend of the deceased a chance to pay their respects to him.

-4 #1 Kalibbala 2020-09-27 12:26
Inna lillahi wa inna illaihi Rajiuuna..Mungu omugenzi amusonyiwe ebyamusobako..But Please Relatives and Well Wishers according to Islam The Dead has to be Buried Today..not Seven Days Later..If You Break that Law You are making his tenure in Hell/Heaven a Disaster!!

Please Do not follow other Religions habits !!Those in The Diaspora are not Bound to change the Course of things..Al Hajji yafudde kyawedde!!
Report to administrator
+3 #2 Wooden K. 2020-09-27 15:07
I have just been in church today , We were not 70 .

So I can telll that it is impossible to make mourners stay for only 10 minutes.

Also , for many years , I have been telling my muslim friends that it is time to change . They can no longer follow instructions that are not practical .

I mean that this stuff about burying muslims quickly , e.g. on the same day the die , is not practical .
It also violets our cultural norms .
We don`t not simply get rid of our dead people ; we gather ,pray, grieve and then send them off . In that order.

I commend late Ssebaggala for having left a clear will.
Kudos to his family that they chose to ignore all the noise from consvertive Imams and repected his last wish.

Ssebaggala was a Muganda /African before he was a muslim. His children must be allowed to attend their father`s funeral.

No Heaven / or Hell makes any meaning if it does not recognize that humans are social beings . not items that should be gotten rid of as soon as they are no longer useful.

Even the Arabs who started Islam no longer bury in hurry.
Unlike 1567 years ago , Today a dead body can be preserved without compromizing the anatomy .
Report to administrator
0 #4 Lysol 2020-09-27 18:56
With the COVID-19, many flights to and from the USA are banned. It took me a long time to get back from the US, recently.
Report to administrator
0 #5 WADADA rogers 2020-09-27 20:18
This whole thing of burying the dead immediately was a culture of the Arabs where Islam began and largely associated with the heat in the desert that would cause the dead body to bulge and bust.

It was wrong for Muslims do do what they do best, copy and paste. It is true that one a person dies, they become useless but such is not our culture.

All of us have cultures, when the Masai and the Turkana lose somebody, they just abandon the body for wild animals to eat and relocate.
Report to administrator
+3 #6 kirya 2020-09-27 21:30
We need m7 birth certificate and education certificates.
Report to administrator
0 #7 Amir Manghali 2020-09-28 15:08
We were taught as Muslims in a hadith narrated by Ali
reported that the Prophet (SAW) said to him, "O Ali! Do not postpone three things: prayer when it is time for it, funeral when it is ready and the marriage of an unmarried woman when a suitable match is found.
Report to administrator
+2 #8 Wooden K. 2020-09-28 18:32
Amir Manghali
The hadity narrated by Ali forgot to tell you that the Prophet (SAW) was buried after 3 days.

Plus , we no longer live under Ali`s primitive time when " suitable match is found " for a woman .
Report to administrator