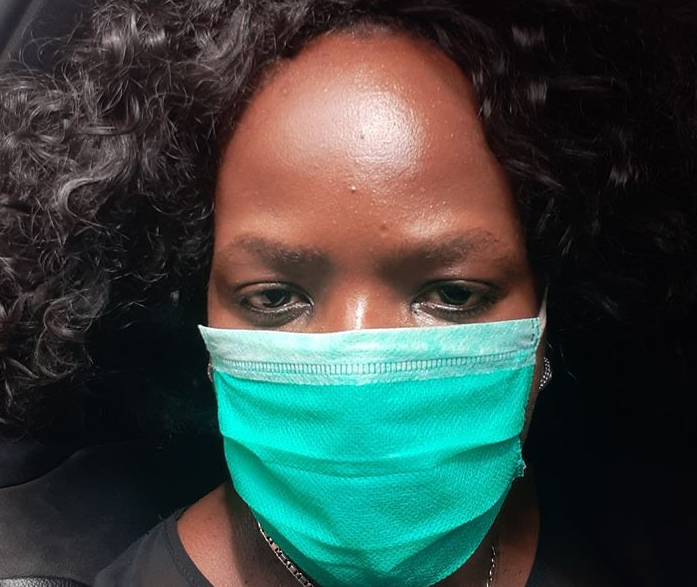 Kampala Central Woman MP Nabilah Naggayi Sempala has now run to the National Unity Platform (NUP) to seek the party flag to run for the position of Kampala city lord mayor.
According to Mercy Walukamba, the chairperson of the NUP election management committee, two candidates Naggayi and Kuruda Ssali applied for the party ticket and will be vetted today Saturday at the party offices in Kamwokya.

Naggayi confirmed in a phone interview that she was seeking the NUP ticket but did not give details as she hung up when asked if this means that she had officially joined NUP and hence ditched her party, the Forum for Democratic Change (FDC).

The move comes barely two months after the legislator was denied the FDC ticket to contest for the same position. Naggayi, had in July sought the FDC ticket but was blocked by the party Electoral Commission over missing the nomination deadline. Later FDC unveiled incumbent lord mayor Erias Lukwago as its candidate.

Earlier this week, NUP opened applications for the position of Kampala mayor after Abdulatif Sebaggala Sengendo who had been successfully nominated for the position withdrew in favour of Lukwago.

Musician Joseph Mayanja alias Jose Chameleon who had competed with Sebaggala for the NUP flag has now asked NUP to give him the ticket. However, the party said their legal department had advised them to open up the position again application.

Naggayi seized the opportunity to apply and now awaits vetting. Mayanja, who had contested with Sebaggala did not come back to seek the ticket. The spokesperson of his campaign team Andrew Mugonza says he could not participate in a process that he's already won.

Mugonza explains that after NUP vetted Sebaggala and Mayanja on September 17, 2020, before results of the process were pronounced, Sebaggala withdrew leaving only Mayanja. He, however, says NUP went ahead and declared Sebaggala a winner of the ticket despite him telling them he was no longer interested in the process.

Now Mugonza says that to them, Mayanja is the rightful person for the ticket and that if denied, they shall seek redress in the courts of law. He also insinuates that Mayanja would stand even without a NUP ticked.

She will of course loose but people should be wary of her. She's a wolf in sheep's skin. Be careful with her
Report to administrator
+2 #2 Ismail 2020-09-26 14:08
NUP Mayoral Candidate
It seems to be ill advised to try and unseat a popular mayor when you have bigger mountain to climb, and you need a credible allay like Bwana Lukwago to get to the top.

Strategic advisors to NUP leadership should be forming pacts for the big prize and avoid weakening themselves in local fights, fanned on by political opportunists jumping on the bandwagon for personal gain.
Report to administrator
+3 #3 Lakwena 2020-09-28 08:28
In other words, after Dr. Stella Nyanzi told her off that she (Stella) will compete squarely with Hon Nabilah and "beat her squarely"; Nabilah chickened out from contesting for the Kampala MP seat,

For lack of principles/integrity, opportunistic Nabilah of this country have become vulnerable political yo yo.
Report to administrator
+3 #4 Lakwena 2020-09-28 08:52
Quoting AK:

That woman shouldn't be trusted.

She will of course loose but people should be wary of her. She's a wolf in sheep's skin. Be careful with her

In other words AK, Nabilah is another Beti O Kamya.

After what she had said about Mr. M7 but only to jump with him into the dirty NRM political bed; Kamya well aware that nobody will ever believe her, actually now-a-days talks to herself when addressing the public.