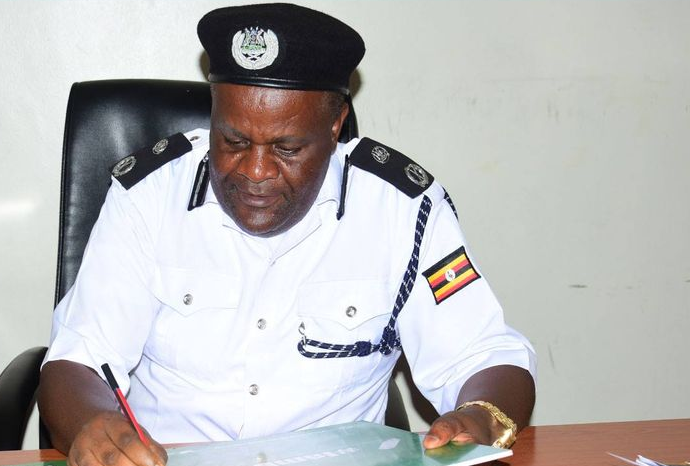 Steven Kasiima ordered the cancellation of the contract

The High court in Kampala has ordered government to pay Shs 85 million to an advertising firm, Modern Art Communications Ltd over cancelling its contract to advertise on public service vehicles (PSV).

The judgment was delivered on Thursday by justice Musa Ssekaana via email. Modern Art, in 2014, sued government accusing the Transport Licensing Board (TLB) of cancelling its contract without giving it a fair hearing.

The company argued that it had obtained a five-year license from the TLB on May 5, 2009, that was being renewed annually. However, before the license could expire on June 5, 2014, the secretary of the government agency cancelled it on March 31, 2014, on request of the police director of traffic and road safety, Dr Steven Kasiima.

The managing director of Modern Art, Edirisa Sonko said they had complied with all the conditions of the contract. According to his evidence before court, the firm’s one-way stickers that they used, were duly tested and passed by Uganda National Bureau of Standard (UNBS) and the company was licensed to advertise on the vehicles. He also provided a list of particulars of the vehicles on which they put their adverts and their license was renewed annually.

After cancellation of the license, the applicant told court that traffic police started removing its adverts from the vehicles causing them financial loss. The firm had just entered a year's contract with Harris International Ltd worth Shs 150 million. Government argued that the firm breached the contract by advertising on non-public service vehicles but did not present evidence to that effect. It went on to cancel the contract without hearing from the firm.

In his ruling, justice Ssekaana noted that the failure by the TLB to give the firm a reasonable opportunity to defend itself against the cancellation of the license, was likely to have adverse effects on its rights and interests, was unfair and unjust.

The deputy head of the Civil Division of the High court found that there was a bad intention by the board to allow another person or company to do similar work of advertising on public service vehicles without giving the applicant a fair hearing.

Accordingly, court ordered the government to pay the firm Shs 60 million as general damages for cancelling its contract, loss of future profits since the company cancelled contracts with clients and also mental stress suffered by the owner of the company. This, he said should attract an annual interest rate of 20 per cent effective September 2020 until the money is fully paid.

Justice Ssekaana has also awarded the firm Shs 25 million as special damages which will also attract an annual 12 per cent interest rate from the date of filing the suit in 2014 until payment in full.

+1 #1 WADADA rogers 2020-09-25 11:07
This is where we go wrong when it comes to handling of tax payers money, Kusiima should have been made to pay the money personally for acting with impunity and for doing work that does not belong to his office.
Report to administrator
-1 #2 kirya 2020-09-27 06:37
M7 show us your birth certificate and academic documents.