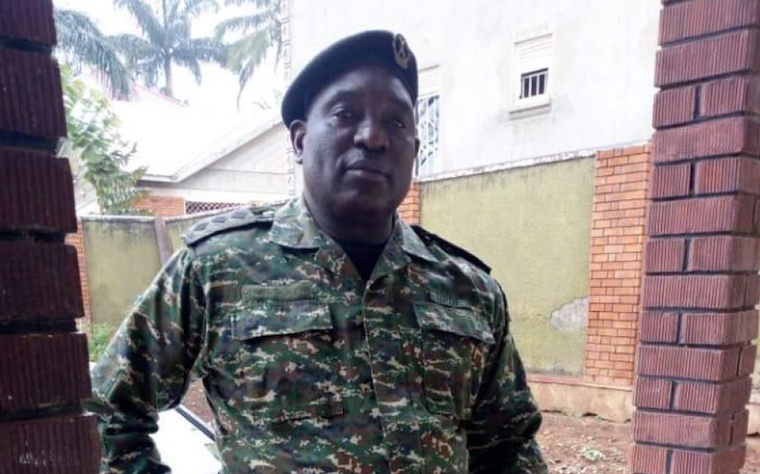 A Uganda People's Defense Force (UPDF) officer attached to the Internal Security Organization (ISO) has sued the government seeking to recover his salary which was never paid for 32 years.

Captain Harrison Obote, a former soldier in Uganda National Liberation Army (UNLA) contends that on January 13, 1988, he was granted amnesty and later absorbed into the National Resistance Army (NRA), as an army officer at the rank of lieutenant. He was subsequently commissioned in 1991 and served as an officer until 2004, when he was deployed under ISO according to a letter dated July 22, 2004, signed by President Yoweri Museveni’s former senior private secretary Amelia Kyambadde.

His sworn in evidence before the court, indicates that while in ISO, he was assigned very difficult assignments including, among others, tracing for the relatives and the mother of the rebel Lord’s Resistance Army commander, Joseph Kony which he reportedly did.  The evidence also indicates that Obote was used as a state witness in the treason case against Gen David Sejusa and six other politicians who had reportedly plotted to overthrow the government in 1991.

He says that after several complaints to President Yoweri Museveni, he was instead transferred from ISO in 2010 and taken to work under anti-terrorism department of police under the leadership of former inspector general of police Gen Kale Kayihura. Here, Obote was still never paid his salary, a trend which continued when he was later deployed at the National Resistance Movement secretariat as a security coordinator on behalf of ISO.

In 2017, President Museveni promoted Obote to the rank of captain but he indicates in his documents that, he was in April 2020 arrested on charges of impersonation and later released on military police bond before being tortured on allegations of being found wearing a uniform of a captain.

As a result of the said actions by the state agencies, Obote says that on several occasions, he has been chased out of rented premises because of his inability to meet his obligations. Court documents indicate that in January 2020, he was sued by his former landlord Charles Nyende of Bweyogerere after failure to pay Shs 19 million in rent arrears accumulated over a period of 24 months.

His wife Grace Akello says that she used to be a teacher at Naguru Katali primary school and she later got a contract with World Food Program (WFP) but it expired in 2002 where they would get some money for survival. But Since then, Akello says she struggled to do small scale businesses but it couldn’t accommodate their basic needs, which has left some of their children to fail to acquire education.

Obote now wants the High court to order the government to pay him his salary arrears and special damages for loss of livelihood for the period that he has not been paid his salary. He also seeks a declaration that he has been subjected to discrimination, torture and inhumane treatment while working for the two security agencies.

Emmanuel Muwonge, the lawyer of Obote told URN that attempts to seek payment of his salary through other channels have been exhausted.

"Why did it take long? Of course, it took long because he has been raising complaints, they have been promising him…From the court documents, he has written to Museveni a lot of times and they have been promising to pay him his salary dues but of course, all those have been empty promises. He has worked tirelessly for this country that even he entered as a Lieutenant and was promoted to captain. So I would say the man has really," said Muwonge.

For an employer not to pay you for all this long and you continue working just because you are a solider is laughable, its ridiculous
Report to administrator
0 #2 Kasede 2020-09-24 00:22
Quoting WADADA rogers:

32 year, these are the guys who have been stealing and extorting money from the general public to pay themselves.

For an employer not to pay you for all this long and you continue working just because you are a solider is laughable, its ridiculous

That is the problem of many Ugandans who only live to eat. They have no sense of dignity and self respect.

As a result they become useful idiots; who are used, abused and dumped with contempt and without regrets.

Otherwise, how could Obote join Mr. M7's "axis of evil", which demonized and relegated his namesake, Dr. Apollo Milton Obote to a swine?

Obote should be reminded that: although the former Uganda Army officers,the UNLA were officially commissioned by the State/govt. of the Republic of Uganda, Mr. M7 mockingly rubbished their demand to be paid their Gratuity and Pension.
Report to administrator