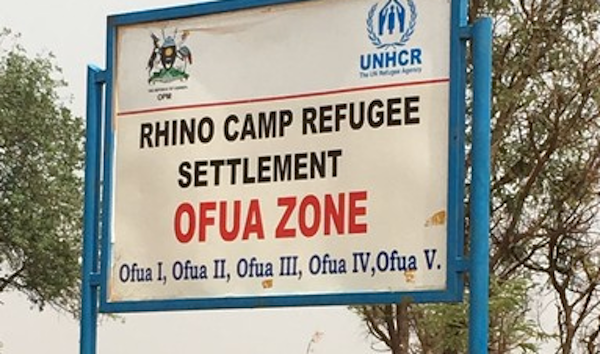 The bodies of Nyadeng Mangol, 25, and her one-year-old daughter only identified as Nyadeng were recovered in a nearby bush by authorities at the refugee camp on Sunday.

The clashes escalated when a group of refugee youths attacked and assaulted a resident from the host community who was grazing in the area, promoting revenge attacks that left seven South Sudanese refugees dead with the eighth dying at Arua hospital.

West Nile Police spokesperson Josephine Angucia says the number of people who got injured from the attacks has risen to nine including one Yasin Ajute, 18, a Madi of Ugandan origin from Madi Okollo district who was initially beaten by a group of refugee boys.

Police says the injured persons are receiving treatment at Arua hospital while others are being treated at Olujobo health centre within the refugee camp. According to Angucia, 28 suspects have since been arrested and are being detained at Arua Central police station. Police and the army have maintained heavy deployment at the refugee camp as investigations continue.

Rhino Camp is Uganda's fourth largest refugee settlement area, with a population of more than 100,000 South Sudanese refugees displaced by the 2013 and 2016 civil wars.

Has rwandese Museveni not made Uganda his home land & Ugandans his slaves? These tribalists refugees at armed war in their mother lands are making Ugandan tribal lands theirs too!

Funny, migrants/refugees on Greek island set their camps on fire because they are tired of waiting to be taken in European member countreis & given the good living they are entitled to!

Migrants/refugees are so uncultured, yet believe they have more rights than locals who get no help from their own governments/UNHCR/EU/NGOs!

Oh! Ugandans, when are you going for second independence to be FREE to put in place the kind of governance you want & say NO to these refugees?
Report to administrator
0 #2 Akot 2020-09-15 17:32
Idi Amin made Uganda home fro Sudanese (then composed of Sudan & S. Dudan), & they controlled army/police, businesses, took over govt. houses, killed Ugandans to get what they wanted!

But once Ugandans gave chance to Acholi/Lango/Tanzania Army to move in to get rid of Amin, Sudanese who made Uganda their home, left in a hurry!

This time, Ugandans don't need war to get rid of rwandese/Museveni & say NO to refugees/migrants resettled in the country by Museveni/UNHCR/EU!

*Just bringing down the tribalistic system rwandese Museveni put in place to ensure his lifetime rule & UNITY & blocking Museveni will leave him no option but to leave!

Then these refugees doing their best to make Uganda their home will also leave!

Have Ugandans not had enough of Museveni & want rwandese to finally own Uganda?
Report to administrator
0 #3 Akot 2020-09-15 18:01
[Rhino Camp is Uganda's fourth largest refugee settlement area, with a population of more than 100,000 South Sudanese refugees displaced by the 2013 and 2016 civil wars.]

Why don't tribalists at armed war in their mother lands have right to cause chaos in Uganda tribalistically divided & ruled by migrant Museveni?

As long as Museveni, UN, EU encourage & finance migration, these tribalists migrants will continue to cause chaos, while claiming their rights to be given the good life they believe we owe them!

Since 1962, tribalists Rwandese, Sudanese (then Sudan/South Sudan), believe Uganda is their land & gave Uganda no chance to organise & develop!

What a pitty, Dr Obote believed his enemies were Buganda/Acholi & not Rwanda/Sudan-S.Sudan!

Ugandans MUST bring down the tribalistic system, UNITE to FREE their land, then go for the kind of governance they want!
Report to administrator