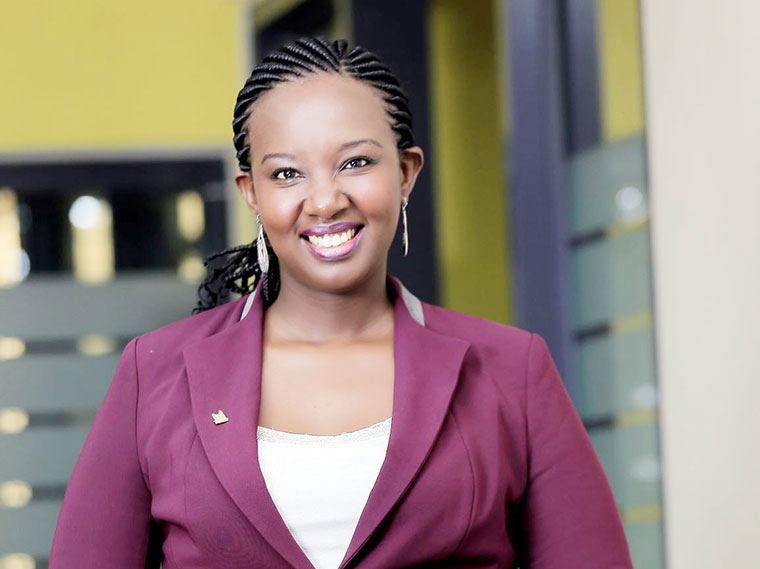 Female lawyers have taken over all the top leadership positions of the Uganda Law Society (ULS). Following Saturday's elections, Pheona Nabasa Wall was elected as the new ULS president, replacing Simon Peter Kinobe who has served in the position for the last two years.

Diana Angwech was elected as vice president while Ritah Namakiika who was unopposed is the ULS secretary and Shane Gloria Musanase-Mugenga as treasurer.

Nabasa polled 441 votes against Bernard Oundo's 427 votes who came in the second position in the Saturday elections held across different polling stations in the country such as Masaka, Lira, Masindi, Mbale, Fort Portal and others.

The other contenders for the presidency included Nelson Walusimbi who polled 239 votes, Rashid Semambo with 212 votes while Ann Karungi came last with 47 votes. Nabasa who has been serving as the ULS vice president will now serve at the helm the lawyer's body for the next one year after which another election will be held.

Nabasa has since June 2014 to date been serving as the senior legal services manager at the National Water and Sewerage Corporation (NWSC). She also doubles as the chairperson of the Legal Aid and Pro Bono project of the Uganda Law Society.

Nabasa has also served on different boards including that of the Public Relations Association of Uganda, Future Investments Group, East African Young Water Professionals and others. In 2018, she won the Hague Institute for Innovation of Law '2018 Talent to Watch' award.

According to Nabasa, during her tenure as ULS president, she will focus on lobbying for law practice reforms aimed at addressing graft in the profession as well as the poor service delivery in the court system.

She also points out in her campaign promise that building ULS members' business growth, taking action of rule of law issues, sustaining access to justice and others are some of the issues her tenure is to focus on.