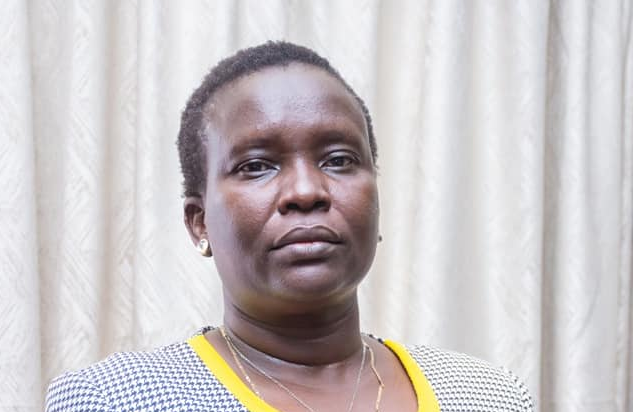 In an ironic legal twist of the hunter becoming the hunted, Lt Gen Henry Tumukunde is trying to drag CID director Grace Akullo to the dock.
Tumukunde accuses Akullo of using the attorney general's services for her personal defense and wants to grill her in court over an earlier affidavit she claims she swore. The lawyers representing the presidential aspirant Tumukunde asked court to summon Akullo for cross-examination over her defense in the case where Tumukunde wants court to quash the summons she issued requiring him to report to appear at Kibuli CID headquarters.

In the summons dated August 17, 2020, Akullo argued that CID was investigating allegations that on several occasions, Tumukunde who is also the former Security minister, had held meetings with army veterans discussing issues related to politics. Akullo alleged that this was done at Tumukunde’s home in Kololo and also in other parts of the country, thus summoning him to the CID headquarters in Kibuli to record a statement.

Last month, Tumukunde through his lawyers led by Anthony Wameli sued the attorney general and Akullo in their individual capacity accusing them of violating his constitutional right to liberty of movement and freedom of expression after summoning him. Tumukunde challenged the summons before the High court civil division seeking protection on grounds that he was afraid that he would be arrested since the summons never specified whether he was needed as a suspect or a witness.

He asked court to issue an order restraining Akullo, government and their agents from further violating or threatening his rights enshrined in the Constitution based on the said summons.

Akullo instead on September 1, 2020, swore an affidavit defending her actions, noting that she summoned Tumukunde after receiving numerous intelligence reports indicating that the former spymaster was meeting veterans to discuss ways in which to disrupt the ongoing electoral process in Uganda.

While appearing before justice Musa Ssekaana today Thursday, Tumukunde’s lawyers led by Wameli asked court to summon Akullo, arguing that she swore an affidavit without appearing before the commissioner of oaths. Wameli also noted that Akullo who is sued in her individual capacity went ahead and gave the attorney general instructions to defend her in this matter yet she is supposed to be personally liable for her actions under the Human Rights (Enforcement) Act, 2019.

As such, the lawyers asked court to summon Akullo to appear physically in court to defend her actions.

However, the principal state attorney Richard Adrole and commissioner in charge of civil litigation George Kalemera who represented the attorney general opposed the application. They noted that the right to cross-examine a witness who has given evidence in an affidavit is up to court's discretion.

Adrole, in particular, added that also, one must show good reasons and plead exceptional circumstances if they want to cross-examine a witness over their affidavit, which he says was not the case here.

Court also heard that Akullo being a CID director she is entitled to be represented by the attorney general. The AG's representatives thus asked court to dismiss the prayer by Tumukunde's lawyers because the affidavit indicated that Akullo appeared before the commissioner of oaths Jackie Okot.

After hearing both sides, justice Ssekaana adjourned the matter to September 11 for ruling on whether to summon Akullo or not.

+1 #1 Lysol 2020-09-10 20:28
Akullo will soon be fired. The regime always uses them and fire them at will.
Report to administrator
+1 #2 WADADA rogers 2020-09-11 08:22
I hear she received numerous intelligence reports indicating that the former spymaster was meeting veterans to discuss ways in which to disrupt the ongoing electoral process in Uganda"

i dont know whether these were intelligence reports or rumours but am so disappointed with Akullo, from a distance, you can mistake her to have brains but clearly, she is being used by the regime to settle personal scores that she is not party to, i think she needs to be cross examined in a very embarrassing way.
Report to administrator
+1 #3 Jonathan 2020-09-11 11:37
I think like any other Ugandans who are holding big posts in the government, Akullo Grace is doing her best to appease appointing authority ( president Museveni) who has zero tolerance when it comes to ex service men ( ex army officers) joining politics.

The day , Grace will fail to appease the appointing authority ( president Museveni), that will be her exit from government's post( means she should go and rear goats and ducks ) a laughable job.
Report to administrator
+2 #4 Jonathan 2020-09-11 14:07
She ( Grace Akullo) will never go to heaven,I don't curse her but she is responsible for all fabricated and bogus charges ,the opposition politicians including Tumukunde are facing in courts of laws.

i dont know whether these were intelligence reports or rumours but am so disappointed with Akullo, from a distance, you can mistake her to have brains but clearly, she is being used by the regime to settle personal scores that she is not party to, i think she needs to be cross examined in a very embarrassing way.

She will not be cross-examined because she is a tool for victimization of NRM opponents. Cadre judges will not allow Akullo to be humiliated.
Report to administrator
+1 #6 WADADA rogers 2020-09-11 21:35
I agree with you Mutungi, she is a tool through which the mafias make connections to persecute their perceived enemies, the mafias cant let a cadre judge to allow their conduit to get embarrassed
Report to administrator
0 #7 Akot 2020-09-12 18:28
Lysol,
WADADA rogers,
Jonathan,
Amina Murungi,

Unless Ugandans end Museveni's rule in UNITY, those in posts will do their best to ensure their bread!

Divisive tribalistic rule functions as long as the demon who rules through it lives. Libya is 1 good e.g, unless the people ensure continuity of the UNITY!

Without tribal leaders standing down or forced to then UNITY, Ugandans can form Independent Tribal States & end Museveni's rule!

Why fight one another beyond 35 years while Musevni rules in peace & what are Ugandans fighting one another for, if not to ensure Museveni's lifetime rule?
Report to administrator