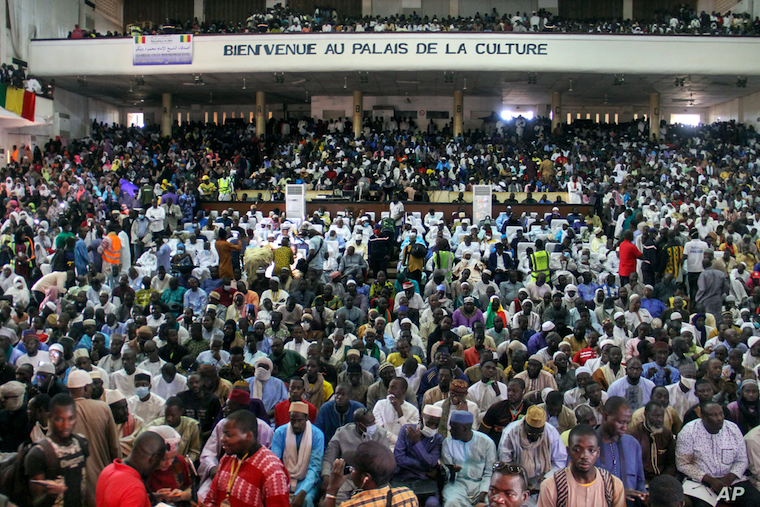 Hundreds of people demonstrated in Mali's capital on Tuesday in support of the junta that has seized power in a coup, as debate rages over the timeframe for the country's return to civilian rule.

Months of protests over the simmering jihadist insurgency, bloody ethnic violence and endemic corruption in the country boiled over when rebel troops arrested the president and took control on August 18. The protests were led by an opposition coalition called the June 5 Movement, and a new group calling itself the Popular Movement of September 4 organized the rally in Bamako on Tuesday.

After the coup, the junta pledged to hold fresh elections and initially proposed a three-year, military-led transition back to civilian rule, before ratcheting it back to two.

"We want the army to stay in power for as long as it takes," shopkeeper Hamza Sangare said at the Bamako protest over the din of the crowd.

"Why not three years, by end of the mandate of former president IBK?" he suggested, referring to ousted President Ibrahim Boubacar Keita, whose second five-year term had been scheduled to end in 2023.

But the 15-nation West African regional bloc ECOWAS has demanded the transition take place in 12 months -- and be led by a civilian president and prime minister.

ECOWAS, which has hit Mali with sanctions including closing borders and trade bans over the coup, said Monday that the civilian transition leaders should be appointed by September 15.

While the coup has provoked international outrage, it has received support among some in Mali, fatigued by the country's bloodshed and economic struggle.

"The soldiers, the soldiers," a group at the Bamako rally chanted, holding up Malian flags, placards saying "long live the army," and pictures of junta leader Colonel Assimi Goita.

Dozens of green minibuses that generally provide public transport were mobilized to transport the demonstrators to Bamako's Independence Square, which was a main rallying point for protesters before the coup.

The junta has organized three days of consultations with political parties and civil society groups from Thursday to plan the transition. Ousted President Keita has been released and flew to the United Arab Emirates on Saturday for medical treatment after suffering a mini-stroke last week

0 #1 Akot 2020-09-10 13:34
This is a country at war with terrorist, yet the people came out to say NO to continued bad rule that locked them with the useless government & terrorist warriors!

France has its army helping Mali, but the region leaders help to further confuse the situation & put Malians in more danger!

Oh! if only Ugandans could wake up - no country officially/legally/constitutionally tribalistically divided & ruled, with its people going along, can get help from outside!

But Ugandans can bring down the tribalistic system, UNITE to end Museveni's rule, then form Independent Tribal States immediately!

From which tribal land will Museveni fight back from & which tribes will support him this time?

Why will Ugandans let Museveni lead them to yet another fake election & rule beyond 35 years?
Report to administrator