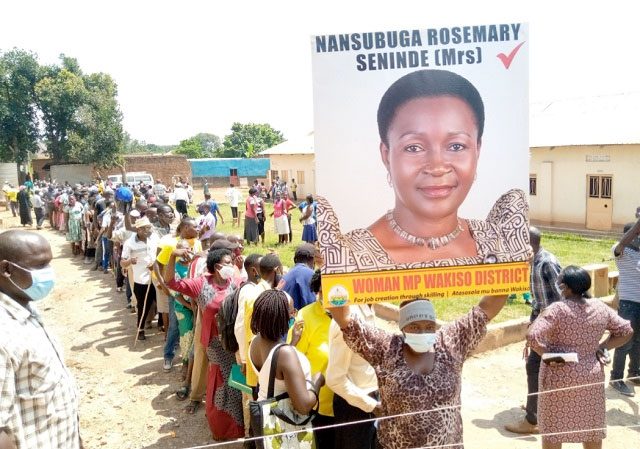 The widespread consensus is that the just-concluded NRM parliamentary primary elections were largely not well run.

The chaotic primaries gave the general public the rare gift of an insight into the ruling NRM’s electoral vulnerabilities and “what violence can do not just to the candidates and the voters but also to the legitimacy of the exercise,” --just months to the February 2021 general election.

People died and scores were injured either by shooting or through outright physical fights. And about 100 incumbent MPs lost the poll and many are protesting the result. The election simply placed a premium on violence and bribery, two vices President Museveni and chairman of the party has vowed to stamp out.

The Citizens’ Coalition for Electoral Democracy in Uganda (CCEDU) deployed 2,062 observers at each of the 2,062 sub-counties ahead of the NRM parliamentary primary elections held on September 4, 2020.

And here is what CCEDU, a broad coalition that brings together over 800 like-minded civil society organizations to advocate for electoral democracy in Uganda, found on-the-ground; the “NRM primary elections were chaotic and lacked clear voters’ registers at 99% polling stations.”

Below is the full statement issued by CCEDU detailing what the observers saw on the ground.

CCEDU deployed 2,062 observers at each of the 2,062 sub-counties ahead of the NRM Member of Parliament Elections held on 4th September 2020.  The nationwide polling stations by the NRM were not clearly stipulated, as such, to capture a nationwide picture of the election; CCEDU deployed one (1) community observer at the 2,062 sub-counties of Uganda.

Whereas the political temperature for the NRM primaries was high, voters were disappointed by the way the process was handled at 1, 820 polling stations observed. Holding free and fair elections is one of the fundamental principles of democracy and the rule of law; and the secrecy of voting remains a key aspect of free and fair elections.

However, the NRM as one of the leading political parties in Uganda opted for lining up as the means of voting. Voting means making informed choices without undue influence, which lining up promotes.

The question of registers:

At 2,013 polling stations observed the voters’ register was not consistent. There were yellow books and people who were being registered by hand by an NRM official. But even those that were not registered were allowed to vote.

At all the 2,013 polling stations observed, the number of voters was only announced at the end of the polls not at the beginning. The NRM poll officials at all these polling stations asked our observers to wait until the polls end for them to announce the people on the register.

At 621 polling stations, you were only allowed to vote, if the LC 1, knew you, or else you would be turned away.

The voters at all the 1,096 polling stations observed after receiving the bribe the voters’ were shown who to vote. The lining up voting system promotes monetization of politics because usually such an election comes with higher electoral stakes.

Candidates bribe the voter knowing that if they don’t vote for them they will see that they actually did not line up behind them. At the NRM MP primary elections, voters were taking funds from more than one candidate and in the end a number of voters decided to keep away from the polls.

A precedent of voter bribery set by one of Uganda’s biggest political parties is unfortunate. Lining up comes with a lot of opportunity to influence or intimidate voters as they declare their choice

Cancelled elections and chaos due to gangs:

At 986 polling stations observed, there were organized gangs that precipitated chaos at these polling stations in favour of their candidates. These gangs were observed in Kiboga, Bugembe, Jinja, Mayuge and Iganga.

The election in Sembabule was highly contested with chaos observed and elections cancelled in two constituencies where supporters of the strongest contenders from powerful families started fighting. Otherwise the polls in Lwemiyaga went on well.

The woman MP for Sembabule was also elected. In Rubaare, Ntungamo district there was tension and live bullets fired by security personnel when voters of Naome Kabasharira and Mwesigwa Rukutana tussled it out.

At 954 polling stations observed voters showed up with masks, but not all of them wore them. There were no hand washing facilities or sanitizers and the voting system did not allow for social distancing.

At all 2,062 polling stations observed, polling was supposed to start between 10:00am to 11:00am, but at 2,011 stations, polls started at 11:30am. Meaning the time stipulated for the polls was not very clear to the voters. At these 2,011 polling stations 20% voters arrived after the election of the Women MPs and were allowed to vote in the open seat election.

Due to a predominantly patriarchal society. It was observed that the NRM primaries provided for male and female seats.  At 987 polling stations observers reported that only females competed for the Woman MP and men for the full MP seat.

The secrecy of the vote:

Voters are not only entitled, but also obliged to the secrecy of their vote. The method of voting in the NRM Primaries, in which voters are required to line up behind their preferred candidates exposes the voters’ choice and violates the principle of secrecy of the vote.

As such, the lining up method does not safeguard the electors’ freedom of thought and their political and other beliefs. If political parties such as the NRM, are truly on a democratic path, then they should be seen to espouse methods of voting which ensure that the electorate is able to express itself freely; and that elected representatives are truly representative, thereby contributing to public trust in the institution of political party leadership.

The method of election, which is lining up incites conflict and sows seeds of discord in communities. Lining up, presupposes that everyone who is going to vote has to be in that line from morning up to when everybody is done, therefore, NRM should consider returning to a secret ballot method of voting so that voters are not disenfranchised.

Maybe it clashes with our cultural norms and traditions. Before we sink to complete disarray, maybe we should reconsider.

In Africa there is a price for everyone and everything. Our leaders know that keeping us in poverty is what keeps us governable. Are we any different from prostitutes?
Report to administrator
+1 #2 PsulK 2020-09-09 08:44
These are the kind of articles that should be widely read by Ugandans.

At the beginning the lower positions were occupied on voluntary basis without any income for their occupants; whereas the top levels were given an income.

If mere MPs can import foreigners from DRC and Sudan (if it is true as claimed by some loosers) then one should expect worse behaviour during the general election in Feb. 2021. M7 lucks the will and humilty to hold a fair and free election. He only survives on VIOLENCE.
Report to administrator
0 #6 Mbeho Achuc 2020-09-10 08:16
Quoting Larry mike:

Democracy has a formula that might never work in most of Africa and the Middle East.

Maybe it clashes with our cultural norms and traditions. Before we sink to complete disarray, maybe we should reconsider.

In Africa there is a price for everyone and everything. Our leaders know that keeping us in poverty is what keeps us governable. Are we any different from prostitutes?

Very disgusting to see what happens in African Politics..The world is now appalled to see the spectacle of buying a vote in an African country at less than half a dollar!

And the same empty-heads open their mouths to condemn an American policeman arresting a black american criminal!!! In Uganda it is a criminal offence to bribe! Isn't any politician who bribes to get votes a criminal?
Report to administrator