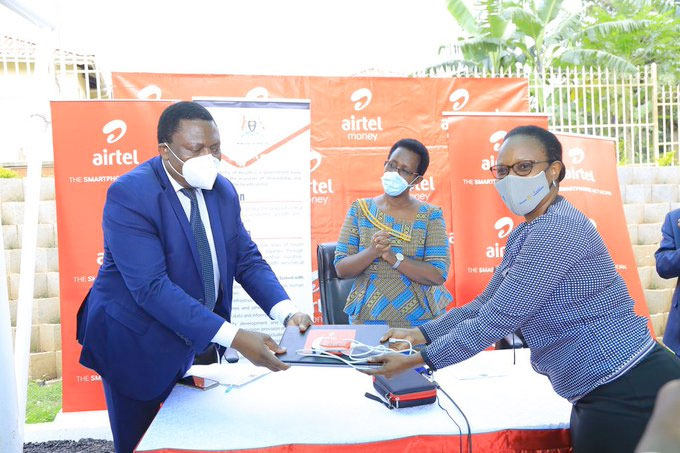 Since its inception in 2011, Bukwo general hospital has not had an ultrasound scan to probe the state of unborn babies during antenatal care.

This has posed a big risk to pregnant mothers and their unborn babies. According to Doctor Collins Satya, the district health officer, the ministry of Health sector report last year ranked Bukwo general hospital among the top facilities in the country with the highest stillbirths and mothers dying in labour at 17 per cent.

All this was linked to the lack of an ultrasound scan facility to probe the status of unborn babies. However, telecommunication giants Airtel donated a portable ultrasound scan equipment to Bukwo district on Thursday, September 3.

The handover was at the ministry of Health headquarters along Yusuf Lule road, Kampala. While receiving the equipment, Satya said the donation would save so many women and their babies.

“With this equipment going into a government hospital, at least 20 of all pregnant women will be able to access the service every day. Therein, we will know how to handle each case while ensuring that we protect as many lives as possible.”

Earlier this year, Satya said, a mother reached Bukwo general hospital after losing her baby. But because they did not have an ultrasound scan machine, they could not detect  early enough that the baby inside her womb had long died.

But as the medical team tried to evacuate the dead baby to save the mother, she bled so much and died. Satya noted that had they had the ultrasound scan then, they would have saved her.

Yet, even with that agonizing experience, Satya added that so many other women have suffered similar fates during pregnancy. With a total of 60 women using Bukwo general hospital to deliver their babies every month, majority go through labour without a single ultrasound scan during pregnancy.

As such, Satya outlined how they end up finding babies in wrong positions or with the umbilical code around their necks. Others are found to be too big and, therefore, cannot be delivered normally. But all this can be known through an ultrasound scan.

According to Flavia Ntambi, the Airtel Human Resource director, this ultrasound scan underscores their commitment to improve the lives of Ugandans across the country.