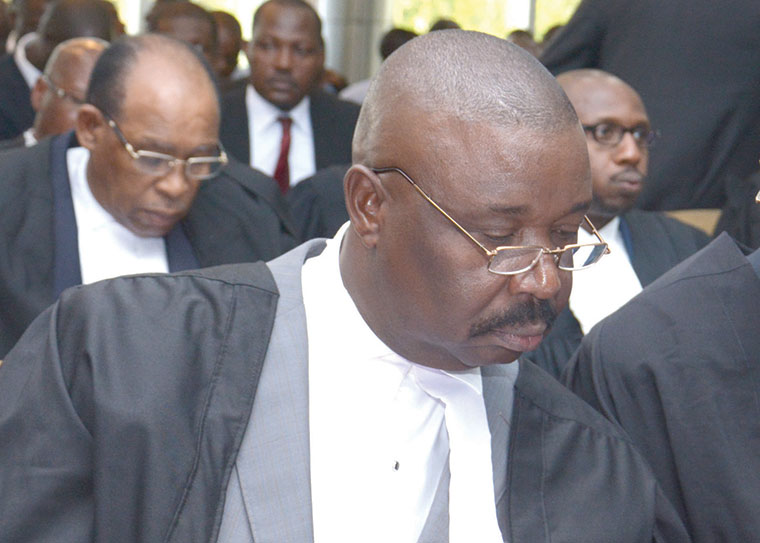 The state minister for Labour, Gender and Economic Development Mwesigwa Rukutana has been remanded to Kyamugorani prison in Mbarara district.
Rukutana appeared before Ntungamo Grade One magistrate Nazifah Namayanja this afternoon from where he was charged with seven offences related to attempted murder, assault, malicious damage, and threatening violence.

Rukutana was captured in a video that went viral on social media showing him grabbing a gun from one of his bodyguards and started shooting at a vehicle belonging to supporters of his political rival Naome Kabasharira. At the time of the incident, Rukutana had just lost the Rushenyi country NRM flag to Kabasharira.

The prosecution alleges that on September 5, 2020, at Kagugu village in Ntungamo district, Rukutana and others still at large assaulted Julius Niwamanya and threatened to kill or injure him together with three others. The others are Stuart Kamukama, Dan Rwibirungi, and Moses Kamukama.

According to the Judiciary public relations officer, Jameson Karemani, Rukutana has not taken a plea of these charges against him since they can only be tried by the chief magistrate who was not in court today.

As a result, the magistrate decided to send him to Kyamugorani, awaiting his return to court on Tuesday.

Mr.Rukutana ( phycopathic)was only sent to Kyamugorani recorrection facility purposely to dupe the gulible society of this country who have audacity no one is above the law but the truth is that he will be released on a court bail on his second appearance....his lawyer quoting some clauses in our constitution ( he is entitled to a court bail.

Jonathan, the man may come out whenever. But he would have at least smelt the debasing, indelible stench in our police cells and prison.

In other words, life will never be the same again. His ego, potbelly and self-importance would have been deflated. Kepis.

He will come out like a man who has shit in his pants, and with nowhere to change and/or wash from except in public.
Report to administrator
+2 #12 Joe 2020-09-08 16:19
The guy is a thug, Just look at his face closely! But he holds too many secrets to be touched.

The appointing authority and indeed all Ugandan women should have called for his resignation the day he boasted that "he knows how to put women to better use....."
Report to administrator
+1 #13 Miki 2020-09-08 18:34
The climax of Rukutana's impulsive, impunity, and recklessness was during his appearance before the Catherine Bamugemereire land inquiry.

During his appearance, he disrespected and denigrated the commission. He also threatened the chairing Judge of the commission, equated her to an object of sex all the while indicating that he is above the laws. (Bamugemereire failed to jail him then, as she should have).

Most reasonable people thought that President Museveni would fire Rukutana from the ministerial post. Like Bamugemereire before him, Mr. Museveni failed to act.

Rukutana was convinced that he was indeed above the law and therefore could go away with anything. Mr. Museveni's failure is the reason for such unending lawlessness by Rukutanas who walk in the corridors of power in Uganda.

That victim's blood is on Rukutana's hands, but the problem, like many other wrong things in Uganda, goes all the way to Mr. Museveni's desk.
Report to administrator
12