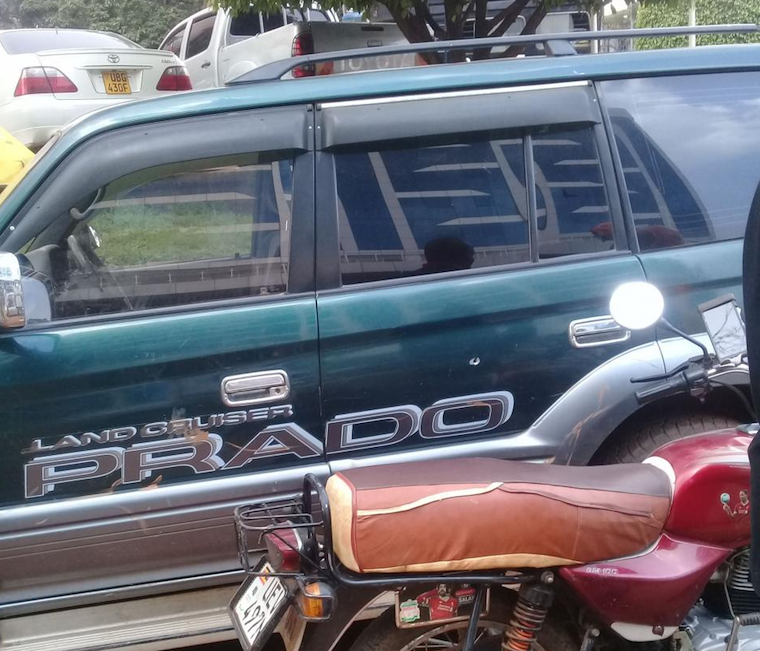 Abel Lwanga and his colleague only identified as Kanakulya, both attached to Emerald Telecom (U) Limited, a private firm contracted by telecom giant MTN to monitor its network, were shot at while on duty in Kampala by security guards attached to Great Blue Heron.

In a statement, Kanakulya explains that he was driving in a Toyota Prado vehicle around Yamaha Center at about 2 am on Thursday morning together with Lwanga as they monitored the strength of the MTN network in Kampala central division.

"We moved from one place to another. While at Luwum street at around 2 am, the security guards shot at us. My colleague Abel Lwanga was injured," Kanakulya said.

"The security guard who pulled the trigger is Joseph Wamboka. The guards said they shot at them thinking they were wrong people," Onyango said.

Lwanga was rushed to Mulago hospital for treatment for the gunshot wounds. Onyango says police have since slapped attempted murder charges against the security guards as investigations are ongoing. He has warned security guards to always shoot warning shots before aiming at suspects.

+1 #1 Wabuyi Denis 2020-08-28 08:00
Onyango is advising private security guards to always fire warning shots before aiming at the suspects. This advice should be delivered to their own officers first.
Report to administrator
0 #2 Wainaichi 2020-08-28 08:16
Very sorry about injured engineers.My thinking is that security guards were sleeping as usual and the surprised by the passing by engineers and took deadly weapons and piga piga.

Blue Heron security must be revoked licence and all other securico companies checked for their operational procedures and frequent check their securico people specially after midnight.

Please guards do not sleep and then ask for your money. Better find some other jobs.DO NOT SLEEP WHILE ON DUTY SPECIALLY AFTER MIDNIGHTS.
Report to administrator