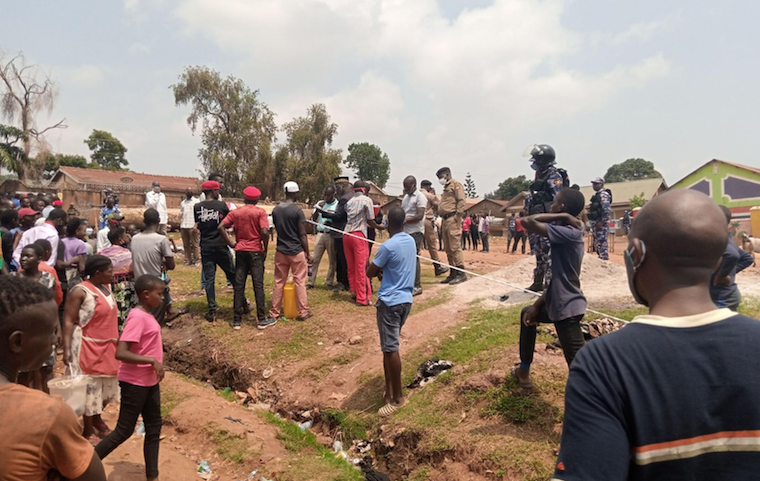 Police and supporters of the National Resistance Movement (NRM) and the National Unity Platform (NUP) were engaged in running battles during chaotic residual village youth council elections on Tuesday.

The chaos in Kifumbira A and Kifumbira B zones in Kamwokya was a continuation of the tensions that led to the suspension of the electoral process on Monday. The polling stations are hosted by Homisdallen primary school in Kamwokya, a suburb of Kampala.

Alex Mugisa, a voter at Hormisdallen school polling centre in Kifumbira B, says the contest between the NRM candidate Philip Olobo and his NUP rival, Edward Mujeza ended in a tie with each candidate polling 55 votes. But both camps rejected the results leading to chaos, which affected elections at Kifumbira A where the voters' register was stolen.

As a result, the presiding officers organised fresh polls on Tuesday morning amidst heavy military and police deployment. However, the NUP supporters accused the NRM camp of using security to bar their voters from accessing the polling station. The situation degenerated into chaos prompting police to use teargas and sound bombs to disperse angry supporters.

Shortly after being declared elected, Olobo wondered why youths are seeing the election as a do or die affair. He promised to work towards uniting ghetto youth given the fact that they all face the same challenges regardless of their political affiliation.

After accepting defeat at Hormisdallen, the NUP supporters turned their focus on Kifumbira A village polls. However, the security officer tried to block them and the running battles resumed.