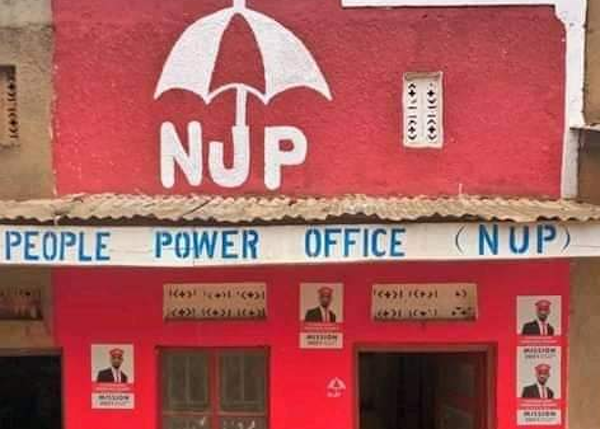 Also arrested were four local journalists who have since released. Innocent Kiiza, one of the People Power coordinators in Kasese, says the group was arrested as they were in the process of unveiling their offices to the media.

“We are still at police to get information why the two were arrested," Kiiza said.

Both the Kasese district police commander and regional police commander promised to address the media later on the arrests.
The arrest of the NUP members comes a day after the NRM Power youth group unveiled their coordination plans in the district. The group consisting of over 50 members was also addressed by Kasese resident district commission and police community liaisons officer Kasese.

0 #1 MR 2020-08-12 02:30
NRM's corruption, cowardliness and lack of democracy is so transparent. Look at these criminals calling themselves RDCs and police.

I challenge Uganda police force to tell us, any country in the world , where a recruiter from police academy is promoted on passing out or on graduation day.
Report to administrator
0 #5 Bijega Byabu 2020-08-12 18:07
i have been reading some comments to the effect that African leaders will never be respected internationally as long as they behave in such an uncivilized manner!

what is all this fear about! is it madness that we should take some people to Butabika Mental hospital for some medical help???

There are some individuals who must be sued for unlawful actions such as these! Police work is to protect life and property as well as advise.. the last role was long forgotten!
I am wondering what is illegal in Boby Wine Kyagulanyi opening a party office.

ALL OTHER opposition parties should also not be allowed to open offices around the country then!!

this stupidity in Africa is an international shame that is fuelling racism against blacks because they have failed to manage themselves, they are thieves/ corrupt!
Report to administrator
0 #6 Miki 2020-08-13 02:52
Why is the country wasting billions on sham elections? Spend the money on the health infrastructure and schools. Free elections will never happen under Mr. Museveni.

He once famously asked former Burundi President Buyoya "why did you ever allow an election to to take place when you are not sure of winning?", Of course Buyoya who led the Tutsi army junta in Burundi had gambled on staging an election where he was a candidate trying to transition from a coup leader to an elected leader.

He lost but tried to reverse the outcome of the election to his favor touching off a crisis that eventually destroyed the Tutsi power monopoly in Burundi in the mid 1990s.

The only two journalists who were covering the meeting were of course asked to leave the venue shortly after and told that they did not hear Mr. Museveni say that. One of the journalists (connected to the ruling class) is now in the foreign affairs ministry.
Report to administrator