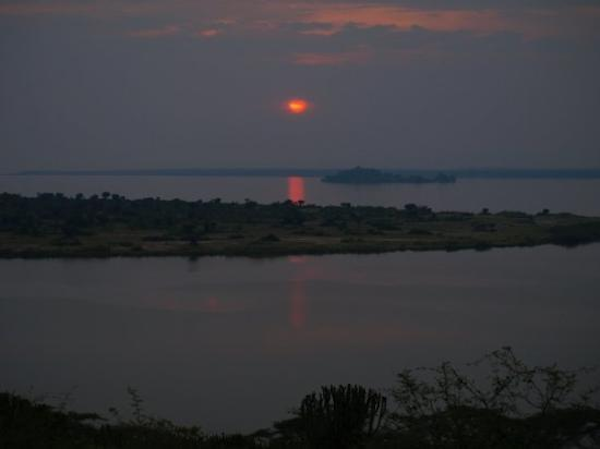 Congolese militias holding ten Ugandan fishermen they kidnapped from Lake Edward in Rukungiri district are demanding for a ransom of Shs 4 million to release them.

The fishermen were kidnapped on Monday evening by Congolese militiamen when they ventured into the lake to check on their fish catch.

Capt Favorite Rwogamu, the Uganda Marine Forces spokesperson said on phone that the kidnappers are now demanding for ransom to release the fishermen.

He, however, says they are tired of sending money to the militias, saying they are going to hold round table negations with the Congolese government to secure the release of the fishermen.

"They always come and pick our fishermen in waters of Uganda. They take them into their territory and at the end, they demand for ransom for the kidnapped. This time we have said, no because they have become monotonous. They have been doing it and the relatives to the victims they always have to sell their land, they sell their goats and cows in order to raise up the sum of money the Congolese are demanding for. But this time we said no this is going beyond because these people were picked from the waters of Uganda," Rwogamu said.

Mustapha Aribariho, a fisherman at Rwenshama landing site said that the kidnapped victims had gone into the lake with six boats to check on their fishing nets when the kidnappers struck.

He says the relatives of the fishermen are living in fear of their safety, saying they are yet to receive any information from Ugandan security on the efforts being made to rescue them.

Isaac Tugumisirize, a local councillor, says the Congolese militiamen kidnapped the Ugandan fishermen to revenge the arrest of Congolese fishermen who are often arrested by Ugandan security on Lake Edward for violating the territorial boundaries.

Benard Baingana, the UPDF Marine operations officer on Lake Edward and George, says government has commenced negations with Congolese authorities to secure the release of the fishermen. This is not the first time militias are kidnapping Ugandan fishermen at Rweshama.

In May 2018, the militias attacked the landing site and kidnapped six fishermen. Congolese militiamen often kidnap Ugandan fishermen on the common shared lakes such as Edward George and Albert.

Some of the fishermen are often released when their families part with the ransom demanded by their captors while others end up dead.

These Congolese thieves should unconditionally release the fishermen (if the fishermen we're not thieves themselves) or else Uganda should also ARREST TWENTY (20) Congolese under the same terms!!!