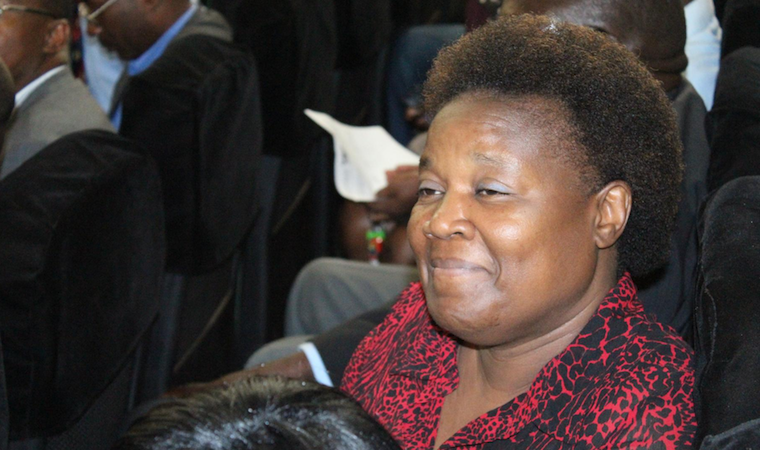 The former Makerere University deputy academic registrar in charge of certificates, ceremonies, and publications, Margret Etuusa was involved in soliciting money from parents, students and guests during the 2017 graduation, the Anti-Corruption court heard on Thursday.
The former Makerere University chief security officer, Jackson Mucunguzi said this while testifying in the case in, which Etuusa is standing trial on four counts of abuse of office relating to flouting public procurement laws, regulations, and procedures.

Parents, students and other guests had to part with between Shs 3,000 and Shs 5,000 for the company to keep their gadgets that were not allowed at the graduation venue.

In his testimony, Mucunguzi, who is currently in charge of curriculum development at police headquarters, noted that although mobile phones and cameras had been banned from the ceremony and the invited guests notified, when many showed up he realized that there was an individual who was soliciting money so as to keep the gadgets.

“There was chaos at the entrance and I went there to clear the mess. When I reached the scene, there was a young man called Yasin who was enticing graduands and other guests to keep their phones. I tried to chase him from the place, but he insisted, saying that he had been contracted to do so,” Mucunguzi told court.

Mucunguzi explained that he took the initiative to confirm the development since the matter hadn’t been discussed in the previous ceremonies committee meeting.

“The said contract had the accused’s signature and when I called her to confirm whether it was genuine she replied in the affirmative. I left the contractor to go on with his business after all he was outside the checkpoint,” he said.

Mucunguzi was the last prosecution witness. Justice Margaret Tibulya has now set August 20 for the prosecution and defence to submit their closing arguments before she delivers her ruling.

It used to be one of the leading universities in Africa, but now it has become a mere diploma/degree mills; dishing out fake academic papers to those who can buy them

What position in university ranking did Mak take recently?
Report to administrator