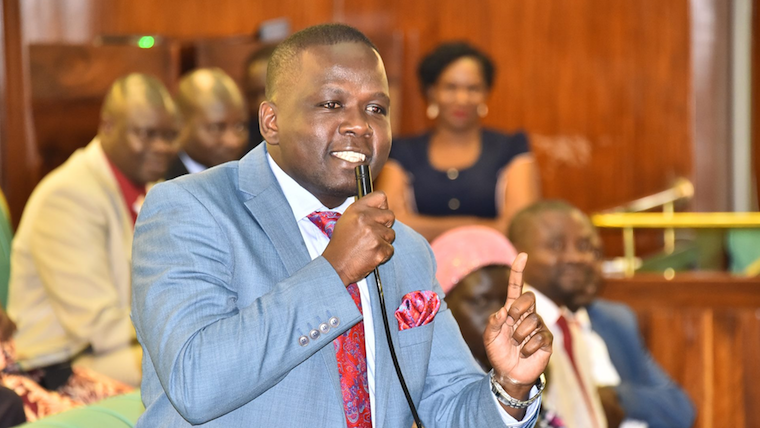 Soroti Municipality MP, Herbert Edmund Ariko has officially quit the opposition Forum for Democratic Change (FDC) party. In his press statement issued on Wednesday, Ariko indicates that he is going to contest as an independent candidate for Soroti City East Division parliamentary seat in the forthcoming elections.

“As you recall, I stood in the previous election on the platform of Forum for Democratic Change (FDC) party. However, on account of the irreconcilable differences in the party and the failure by my current party leadership to appreciate my contribution to the party, I shall NOT seek re-election on the ticket of the party (FDC)," Ariko’s press statement reads in part.

He notes that the decision was taken after wide consultations within and outside Soroti. Ariko is among the three MPs from the FDC party in Teso to declare his political stand for the 2021 elections.

The others are Angeline Osegge, the Soroti Woman MP and Kasilo County MP, Elijah Okupa who are yet to declare their stand. The trio’s problems started after the FDC presidential elections in 2017 where they supported Gen Gregory Mugisha Muntu against the incumbent FDC party president, Patrick Amuriat Oboi.
Muntu later broke away from FDC to form the Alliance for National Transformation (ANT). The three MPs have since turned their backs on the party.
During the party’s nominations and expression of interests last month, the trio was denied nomination forms on grounds that they had pending issues at the headquarters including failure to attend party meetings and activities, failure to pay annual party subscription fees among others.

On Monday, Ariko’s supporters were seen wearing t-shirts with different colours including lemon green, white and blue. The MP was later seen meeting NRM delegates at Timisha hotel as he lobbied for support for speaker Rebecca Kadaga to retain her seat as NRM second vice chairperson.

Was Ariko married to FDC, or just one of those political prostitutes of M7? Most of them are political prostitutes who are in politics just to get rich and fame.
Report to administrator
0 #2 Nalongo Mutiima 2020-08-07 10:24
Bateso always fly together like birds and should not be trusted. Mukula is a good example.

One time he criticizes M7 for promoting tribalism, another he tries to stand as a presidential candidate, he is locked up at Luzira, he comes out bitter then he offers his helicopter to M7 for 2016 NRM campaigns.