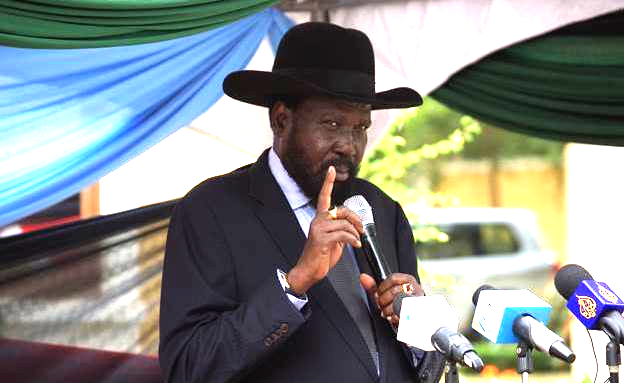 A former South Sudanese Judge says he and 14 other judges should be reinstated immediately after an East African court ruled President Salva Kiir illegally fired them three years ago.

Former South Sudan Court of Appeals Judge Malek Mathiang Malek said he is grateful the East African Court of Justice ruled in his favor. President Kiir fired Malek and 14 colleagues in 2017 after they went on strike to demand better working conditions.

Malek said he was forced to seek justice outside the country since the illegal act was carried out by the president of South Sudan.

“We have officially been notified of the ruling of the court, which as you say is to the effect that the president violated the constitution of the Republic of South Sudan as well as the treaty of East African Community members. We accept the ruling of the court which is by way of declaration. The court has declared the decree that was issued for the dismissal of the judges to be unconstitutional. That is a court ruling, we accept it, and we abide by it,” Arol told VOA.

However, the minister refused to say when the South Sudanese government would implement the judgement or whether the judges would return to the bench.

“We are still working on what sort of implementation of the decree will be here. What happens to the judges, I cannot tell you now,” said Arol.

Under normal circumstances, Malek said, judges would be reinstated immediately after such a ruling, but said he doubts that will happen in South Sudan.

“My assumption is that the government of South Sudan will not accept because these people are not for the rule of law. They are just for the rule of their own. So, they will simply refuse to reinstate the judges. And if they don’t, it will not be good for them politically. They have already been condemned that they violated the constitution of South Sudan,” said Malek.

The East African court also ordered the government of South Sudan to compensate Malek for money he spent pursuing the case in Tanzania, an amount which Malek declined to specify.

Issa Muzamil, a legal advocate and expert on South Sudan and East African law, said there was a “high level of incompetence” on the part of President Kiir’s legal team.

“If the decision he took was not well taken, then it shows those who were close to him were very incompetent and this is a chance for him to put things right,” Muzamil told South Sudan in Focus.

Arol said according to the East African court ruling, the fired judges must be compensated.

“What is to be done is to just make the correction so that the situation is brought back to where it agrees with the constitution of the country, that is all. And everybody has a right to seek that redress, where before the court of South Sudan or in this case before the East African Court of Justice,” Arol told VOA.

As it's clear Museveni will rule for life & Ugandans are at peace in the peaceful country, how will East African court get at Museveni?
Report to administrator
0 #3 William 2020-08-03 10:08
The judgment by the East African Court is great relief to Judge Malek and indeed, the the other fired Judges and the People of South Sudan. we are happy to be part of this great achievement in the observance of Rule of Law which is necessary for EAC Integration process.