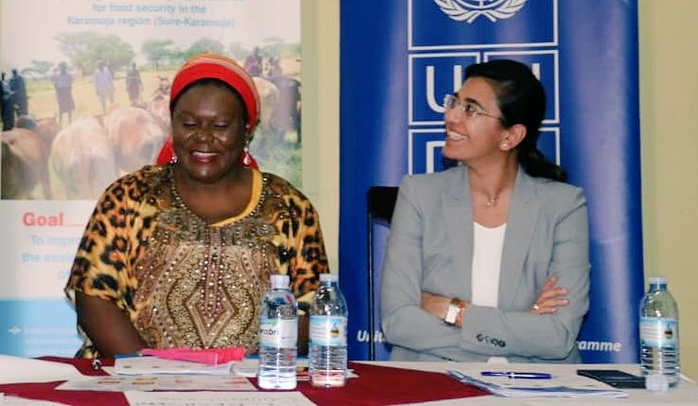 KAMPALA – The Uganda country office of the United Nations Food and Agriculture Organization (FAO) is gripped by, and under investigation over, serious staff allegations of racism against its senior leadership.

Local and African employees have petitioned the government of Uganda, alleging a string of cases of racism, staff disrespect and intimidation by expatriate supervisors. The UN has confirmed that the serious allegations are under inquiry with a report from the FAO’s Inspector General for Investigation awaited to guide the next course of action to correct the situation, Ms Rosa Malango, the UN Resident Coordinator, said in an e-mail to this newspaper.

“Please note that upon receipt of this communication, the relevant units within FAO have been seized with the matter and informed me that they were proceeding to investigate the allegations to come up with findings, which will inform subsequent measures to be taken,” Ms Malango said on Sunday.

The employees point an accusing finger at FAO Uganda’s deputy country representative Ms Priya Gujadhur, who joined the Ugandan office two years ago in 2018, and has since instigated several staff changes that allegedly relegate Ugandans and other African staff to terminal redundancy leading to constructive dismissal while promoting white international staff to supervisory positions.

“From the time Priya joined FAO Uganda, she has been an extreme racist who does not consider a black person (national and international staff) ever to do anything right,” the dossier shared with several government offices reads in part.

Apparently, Ms Gujadhur, who joined the Ugandan office at the time Mr Alhaji Jallow was leaving the country as country representative, took advantage of the period she was in acting capacity, to hire expatriate staff, including her cousin, a one Mira Ansari, as an operations specialist yet she allegedly did not qualify for the position. The petition claims this was abuse of office.

The petition also pinpoints the hiring of a one Kathryn Clark as Livelihoods Coordinator in March 2018, having left the Catholic Relief Services under a cloud and the same person has since allegedly caused serious staff tensions.

According to sources at the Catholic Relief Services, Ms Kathyrn left the Catholic Agency in 2017, “after causing serious staff troubles” when she headed the programmes unit for six years.

“Many talented staff left the CRS because of failure to work with her, and always complained she could not appreciate human diversity,” a senior official at the CRS Uganda office said.

At FAO-Uganda, Ms Kathyrn’s tenure as Livelihoods Coordinator was in May 2020 extended in what the petition claims was a fraudulent process, done with Gujadhur’s influence since Kathryn was allegedly not the best candidate according to the interview results.

The arrival of the new FAO Country Representative Antonio Querido Luis Ferreira in November 2018, has not offered any hope of resolving staff grievances as the new country boss has decided to sweep the issues under the carpet.

Mr. Querido on Monday reiterated that the allegations would be investigated and a fair conclusion reached, as assured by the UN Resident Coordinator Ms Malango. He however said he was unable to comment on the specifics
“considering that the Country of FAO – Uganda, under my leadership, has not received these anonymous complaints”.

“At our level, we will continue to encourage colleagues to come forward with information in good faith on any wrongdoing by FAO personnel to facilitate the required due diligence. However, I would like to emphasize that in this process the presumption of innocence of those accused is central to a fair and transparent process,” he said in an email to this newspaper.

But at the time the world is engaged in a movement against racism including institutional racism, especially in the UN system, the staff too petitioned the UN Country Resident Coordinator Rosa Malango, FAO sub-regional office coordinator for Eastern Africa in Addis Ababa, Ethiopia, FAO regional Office for Africa in Accra Ghana and the FAO Office of Human Resources in Rome Italy but are yet to get any response or reprieve.

But Malango says the FAO system has informed her that action will be taken after the results of the ongoing inquiry are released.

“In accordance with UN procedures, FAO will not tolerate any type of harassment and abuse of authority within the workplace or associated with the work performed on behalf of the organization. All allegations of harassment and abuse of authority will be fully, fairly and promptly dealt with according to the findings. Upon completion of these processes, FAO senior management will provide an update on findings and implications,” the UN resident coordinator said.

As part of the racism charges, the staff point to the appointment by Gujadhur of a one Charlotte Panhuyzen, a junior officer, to supervise senior and seasoned professionals in animal health and veterinary medicine to develop a proposal on animal health.

“The staff felt disrespected and finally the proposal failed to work as relations were broken down.”

Other racist actions pointed out include appointment of white staff to coordinate and supervise projects, previously supervised and developed by local and African staff, with an example of the desert control project now under management of Kathryn Clark.

The petition cites an example of staff whose contracts were not renewed and have since left FAO Uganda as a result of harassment and foul environment including; Beatrice Okello, a programme officer, and Godfrey Ocibo, a procurement assistant. The above were allegedly victims of harassment by Gujadhur after they opposed her management style.

Accordingly, Gujadhur has recently allegedly started an irregular recruitment drive of international white staff to supervise local and black staff in all departments.

“She continues to instigate hiring of expatriate staff for positions easily qualified for by national staff,” says the petition.

Among the key staff who has suffered Gujadhur’s racist management style is the Ugandan Assistant FAO Representative in charge of Programme, Dr. Charles Owach. All projects and staff that were previously being supervised by Dr Owach were withdrawn from him and are now under supervision of white staff appointed by Gujadhur.

“Despite all the happenings at FAO- Uganda, the FAO Country Representative in Uganda, Dr Querido, has kept a deaf ear to staff complaints as they continue to suffer from harassment and intimidation by Ms Priya and her accomplices especially Kathryn Clark. The local and other African staff are currently living in fear of losing employment at FAO especially those that disagree with Priya and her allies,” the petition says quoting Gujadhur as saying she “can hire and fire” as she wants.
But Malango says she has been informed that FAO’s systems will correct any incidences of unfairness if discovered by the ongoing inquiry.

Racism, xenophobia, tribalism etc are illogical behaviours and no matter what the victims do they will still be hated.
Report to administrator
+1 #12 Akot 2020-07-30 13:01
geoffreychetingo, understood

More so, as Uganda is tribalistically divided & ruled by a demon since 1986 & will be so until our people end tribalism that will also end Museveni's rule!

How can we fight racism when we are accept being tribalistically divided & ruled & slaves with no right to oppose, mock...Museveni?

This racism fight makes no sense as Ugandans complain endlessly that the country is woned/controlled by 1 or 2 tribes while the rest are ignored!
Report to administrator
+1 #13 Akot 2020-07-30 13:16
Quoting geoffreychetingo:

FAO is an international organization with 193 members states and as such must have international staff from all over the world, having any type of skin colour – we are all just human and equal.

This is what has kept us black people behind, the fact that races were invented.

Time blacks have good governance, develop, be financially independent, instead of being victims!

Black rulers treat blacks like shit, but get free money from whites who ensure good governance to their people!

Blacks flee their shitholes to impose themselves as refugees/good life seekers in developed world (with mainly white populations), to get acces to education, healthcare, housing...right?

The problem is the way some blacks are responsible for the kind of treatment they get that they call racism!

Let's fight corruption, and thieves, and racism will end!

Blacks wanted Freedom, Independence, control of their lands, yet, look at how black leaders mismanage, tribally divide, loot even money developed world give!

Money given to Museveni by USA/EU...would have developed Uganda & made it land any one would want to live in!

But Museveni is black, so is not considered racist against blacks, right?

Would a whit have tribally divided & rule Uganda & still be in post?

You must be her spokes person!! u can use legal system to sue the publisher if you are touched..
Report to administrator
12