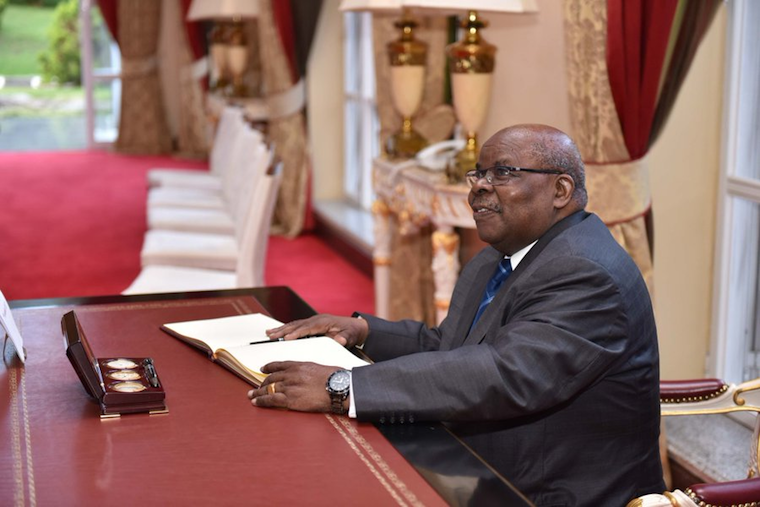 “We could have waited for a donor to appear, but we believe in the spirit of self-development and confidence. We are not so poor that we are unable to carry out this project”. Benjamin Mkapa — on the construction of the Unity Bridge, January 2005.

On July 24, 2020, President Benjamin Mkapa passed on to another world. I first met Mkapa during my days at the University of Dar es Salaam in the 1970s. He was a close confidant of president Nyerere and often accompanied the president to the university whenever the Mwalimu came to address the students.

In 1995, Mkapa was elected president of the nation. He was strongly backed by Nyerere. Soon after taking over the presidency, he launched an anti-corruption fight, under the Prevention of Corruption Bureau. In 2005, I was appointed the Executive Director of the South Centre.

It is a think tank of the global South created by the leaders of the major nations of the South including China, India, Cuba, and Brazil. Nyerere was the inspiration and visionary behind it and was the first chairman of the Centre. Mkapa became the Centre’s chairman a year after I became its ED.

It is during this period that I came to know him well. We became very close friends – aligned strongly in the struggle for our countries and Africa.

Mkapa graduated from Makerere in 1962 with a Bachelor of Arts degree in English. He often talked to me about Makerere and his glorious times in Uganda. In October 1978, Amin invaded Tanzania, and Nyerere repulsed the attack.

At the time, Milton Obote was in Dar es Salaam, while Yoweri Museveni was already in Uganda organising his FRONASA forces on the ground. Nyerere did not want to take over Kampala. He wanted a provisional government to be in place first. So, he encouraged Obote and Museveni to work out a power-sharing deal between them. This failed.

It is then that on Nyerere’s direction, Mkapa - who was then Foreign Minister - contacted Professor Dani Nabudere. Nyerere had heard – from his intelligence - that Dani (with several of us at the university) had created an Ad Hoc Committee for the Promotion of Unity among Ugandans.

We joined hands with the Nairobi Discussion Group chaired by Tarsis Kabwegyere to organise a coalition conference at Moshi in order to bring together all anti-Amin forces – political and military. So, when the Obote-Museveni alliance did not take off the ground, Nyerere turned to us.

The Moshi Unity Conference took place from 23 to 25 March, 1979. The conference was chaired by Semei Nyanzi and it was opened by Mkapa. At the time I was impressed with Mkapa’s speech. He spoke with passion. I took notes.

His main point was that Tanzania had no claim over Ugandan territory, and that it was the responsibility of Ugandans to form their own government after the overthrow of Amin. That’s why the Tanzanian forces were on the outskirts of Kampala waiting for a “transitional” Ugandan government. Let me fast forward to the present time, and move away from Uganda to a larger issue.

Our battle with the European Union

On June 5, 2010, I flew to Dar es Salaam. I was then still at the South Centre.  And the context was the European Union’s pressure on us to sign the Economic Partnership Agreement (EPA) with the Union. The European Commission had been using all means at its command to induce our governments to sign the EPA. Our governments, cajoled and pressurized by the EC, are more or less forced to sign them. But our people were fighting back.

One institution through which the civil society continues to fight back is the Southern and East African Trade Information and Negotiations Institute (SEATINI). I founded it in 1997 and it has an office in Kampala and other centres. It had been working with the East African Legislative Assembly (EALA) for many years, briefing them about the risk of signing the EPAs.

On June 3, the EALA had passed a resolution which, among other things, expressed its concern that if the outstanding issues were not resolved, “the EPA framework will bind the EAC to poor trading terms.”

However, we knew from past experience that the EU does not care what the parliaments say. Democracy is for the West, not for Africa. Whenever parliaments have taken positions against the Europeans, our heads of state get a call from our European grand-masters: “Sign or else” - our “development aid” and “budget support” will be cut off.

The Kampala SEATINI office phoned me to say that I need to come, because we have to reach the level of our head of state.

So, that’s when I decided to fly to Dar on June 5. The next day, I was sitting with President Jakaya Kikwete and former President Mkapa in the Presidential lounge in Dar.  Kikwete’s secretary took notes whilst I decoded the technical language in which these agreements are written to explain the risk they pose to our economies. This was nothing new to Mkapa, but he wanted me to explain this to Kikwete.

On June 7, 2010, the EU Trade Commissioner - Karel De Gucht - flew into Dar es Salaam with his team, fully expecting that the EC draft would be signed. Of course, he didn’t care about the resolution of the EALA. So, he phoned the office of President Kikwete. The president’s personal private secretary told him that the President was too busy to take his call. De Gucht must have been at a loss – what happened!!

Three months before this event, Mkapa had made a speech in Nairobi on how signing the EPA would undermine the East African Community. On April 6, the daily paper Citizen carried this story.

Here is a summary:

The European Union (EU) has defended the Economic Partnership Agreement (EPA) saying the arrangement does not aim at re-introducing colonialism in Africa. Instead, the EU delegation in the country said that to the contrary, the arrangement is meant to boost Africa’s economy.

This was in response to this paper queries following the recent remarks by former President Benjamin Mkapa in Nairobi, warning east African states to be wary of EPA as it was another form of colonising the continent.

Speaking at the Pan African media conference organised by the Nation Media group two weeks ago, President Mkapa warned that EPA was meant to stifle Africa’s growth. He described EPA, which is being championed by the EU, could be another “scramble for Africa”, and was likely to weaken the regional bloc economically. Let me add another dimension to Mkapa’s legacy.

Mkapa had several conversations with former heads of state in Africa on the challenges Africa is facing, and the entry points to addressing these challenges systematically. He and I have been talking about this before. We all agreed with Mkapa that it must begin with our leaders. So Mkapa initiated a project called “Strategic Leadership for Africa’s Transformation” - run by the Uongozi Institute.

I was invited to the inaugural forum on July 31 2014 under the theme, “Meeting the challenges of Africa’s transformation”.

Mkapa started the meeting – as usual with a passionate speech. In summary, what he said was that Africa does not lack visions or ideas. What it lacks is a leadership that can make a difference. Among the other distinguished speakers were former President Thabo Mbeki (South Africa) and former President Olusegun Obasanjo (Nigeria).

After this inaugural meeting, several others were held every year. What the future of this very important forum after Mkapa is a challenge for the rest of us.

We will miss Mkapa. We have lost a nationalist and pan-Africanist of Nyerere’s vintage. It is my fervent hope, in the face of this loss, that the younger generation - the future of our countries and continent - not only remember and honor the lions of our history and of our struggles, but pay attention to the details of these ongoing struggles, consider new ways to break away from the neocolonial shackles, and envision a new transformative future for Africa.

The author was involved in political struggles against President Amin in 1979. He was also a member of the famous ganger of four, the influential academics including Prof Edward Rugumayo, Prof Ojok Omonyi and Prof Dani Nabudere.

The EU was not formed at the time and Obote and Museveni never tried to form an alliance after the failed 1972 invasion. because of Museveni misleading Obote that he had troops already in Uganda to back Obote's special forces to oust Amin.

That later led to bitter mistrust which Museveni used to get rid of Obote, by exploiting tribal politics.
Mkapa (RIP) was just Nyerere 02 who helped M7 to still be here today.
Report to administrator
0 #2 Mbeho Achuc 2020-07-29 11:57
An African president of an African country was quoted by a news paper as saying he " would continue to rule Zimbabwe even when he has died!!!'

Would such a comment build or destroy respect internationally????!! Someone help me with the answer!
Report to administrator