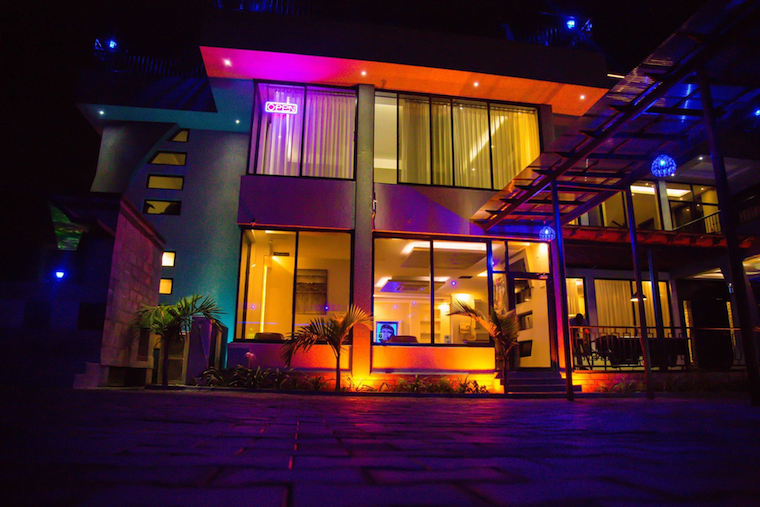 Police have arrested at least 22 revellers accused of flouting anti-coronavirus guidelines of drinking in bars. The suspects were picked up from La Venti Lounge and Kitchen in Najjera, a Kampala suburb at around 11 pm on Sunday evening.

The suspects were rounded up after live videos showing dozens of people drinking at the bar emerged on social media. The video that was being streamed live on Facebook showed the revellers dancing and shouting that they are not aware of Covid-19 while others said the night-time curfew doesn’t affect their happiness.

Luke Owoyesigyire, the Kampala Metropolitan Area deputy police spokesperson, says the territorial police at Kira division swiftly carried out an operation targeting bars that were operating in the areas of Kira Municipality.

“During the operation, we managed to arrest 22 suspects from La Venti bar Najera. Other revellers upon seeing us fled but left their cars behind, which were also impounded by police. The suspects are currently detained at Kira Division Police station,” Owoyesigyire said.

According to police, the revellers contravened the ban on social gatherings as announced by President Yoweri Museveni in March this year to contain the spread of Covid-19. The ban affected the operations of bars, discos and clubs.

“However, we have been getting information of bars that were stealthily operating and attending to customers thus flouting ministry of Health guidelines. Most of the people were taking advantage of the relaxation of the curfew,” Owoyesigyire said.

Last week, Museveni extended the curfew hours from 7 pm-6.30 am to 9 pm-5:30 am. He insisted that bars, clubs, discos, churches and mosques will remain closed until further notice. In the Sunday night operation, police also raided Cask Lounge on Plot 35 at John Babiha Avenue.

The suspects have been charged with doing a negligent act likely to cause an infection of disease. Section 172 of the penal code act provides that “Any person who unlawfully or negligently does any act which is and which he or she knows or has reason to believe to be likely to spread the infection of any disease dangerous to life commits an offence and is liable to imprisonment for seven years.

Today, the ministry of Health said 13 more people had tested positive for coronavirus in the country while a cumulative total of 985 had recovered. Uganda last week lost its first two coronavirus victims, a 34-year-old woman from Namisindwa and an 80-year-old from Kisenyi, Mengo.

-4 #1 WADADA rogers 2020-07-27 18:00
Total rubbish, who told the police that these people were not observing social distance, who told them that they were not wearing masks or had not sanitized or washed their hands.

Ugandans are being oppressed by some many things including harassment from LDUs, Arcade owners, some have been retrenched from work, others are under alot of pressure from banks over loans, leave them to enjoy, after all bars can even give booze on credit for tjhose who are regular customers.
Report to administrator