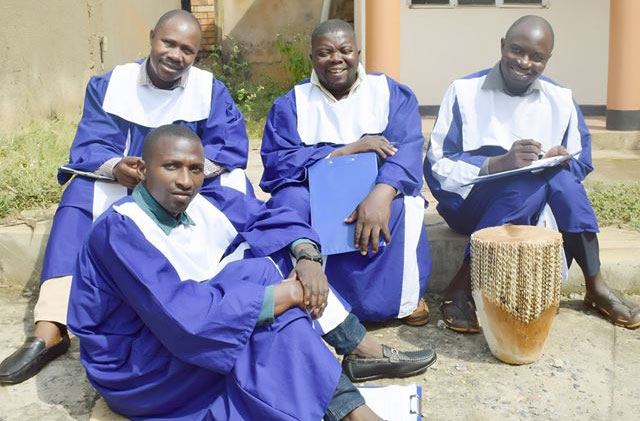 Four comedians attached to Radio Simba have been arrested.

The four are part of the station's morning show, Binsangawano which is packaged with satirical skits, mainly linked to the current affairs of the country. However, the skit that led to their arrest is not part of the broadcast at Radio Simba, but one of the recorded comedy skits, which are shared on various platforms, including YouTube, and Facebook.

The comedians mockingly prayed for Uganda’s top leaders in a skit titled; who are our leaders for holding the country together. The seven-minute skit which was uploaded on July 15, 2020, has attracted more than 11,000 views on YouTube alone.

In the skit, which starts with a musical, the group members list all person’s who are holding key positions in Electoral Commission Uganda Revenue Authority, Uganda Prisons, Uganda National Roads Authority, National Social Security Fund, Bank of Uganda, Ministry of Finance, Internal Security Organisation - headed by individuals who all hail from western Uganda. They, for instance, point out that although the known Inspector General of Police (IGP) is Martin Okoth Ochola, the actual police boss is his deputy Sabiiti Muzeeyi, who also hails from the west.

In their skit, they say now that children are at home as schools remain closed due to the coronavirus pandemic, they need to be taught by their parents to always pray for their leaders.

They say as Uganda heads to the polls, money collected by Uganda Revenue Authority which is headed by John Musinguzi Rujoki will be released to Bank of Uganda which is headed by Emmanuel Tumusiime Mutebile to the ministry of Finance permanent secretary Keith Muhakanizi, who will then hand it over to Electoral Commission boss, Simon Byabakama.

The elections will be guarded by Sabiiti Muzeeyi and Gen David Muhoozi, the chief of Defense Forces of the Uganda People's Defence Forces (UPDF) with Security minister Elly Tumwiine waiting to offer protection to the newly elected president, they say in the skit.

They go on to say that after the elections, Byabakama will go on to announce whether Museveni has been defeated or not. If Museveni is defeated and refuses to hand over power, Tumwiine, they say, will order Uganda Prisons Service boss, Johnson Byabashaija to have Museveni arrested. They conclude that these are the important persons holding the fate and destiny of the country and need to be prayed for.

The #socialmedia skit that landed Bizonto comedians, also Radio Simba presenters in trouble. The have been arrested on sectarianism charges. They say UNRA, BOU, URA, Ministry of Finance, ISO, NSSF, EC, Police, UPDF, CMI...are all headed by people who hail from the same region pic.twitter.com/rLazpGCZad

Section 41 of the Penal Code defines sectarianism as the practice of degrading or exposing to hatred or contempt or disaffection for anyone on the basis of religion, tribe, or ethnic or regional origin by utterance, printing, publication or performance any such act.

According to the Penal Code whoever engages in such acts commits an offence and is liable on conviction to imprisonment for a term not exceeding five years. The group is now detained at the police headquarters.

In a related development, yesterday, local musician, Gerald Kiwewa was arrested over his song Nantaba after the Kayunga Woman MP Idah Erios Nantaba complained to police that the song was defaming her and inciting hatred towards her. The song is about a village belle who is pitting several men against each including "the big one" with money and power.

The arrests come at the time when Ugandan artists are protesting the government's new proposed regulations that require them to submit their skits and songs for review and approval before they being released into the public domain.

The closure of the Monitor, the numerous raids on the Observer have changed the quality of the News produced by these outlets. It is difficult these days to have a critical article being printed in Observer or Monitor, Kayihura left the Media well castrated .

Unfortunately for the regime , they dont know the generation they are dealing with now !
Report to administrator
-1 #23 sula 2020-07-26 20:37
If Uganda had an independent Judiciary , the artists would make a lot of money.Judges would award them a lot money , for a number of their rights 'violated'.

This nonsense cannot work in South Africa, some of the policemen would end up paying themselves in their personal capacity.

But still after the fall of the regime,all those stupidly tortured will get redress.and patriotic and sensible Judges will compansate them 'handsomely'
Report to administrator
0 #24 Lakwena 2020-07-27 15:49
For Starters, the purpose of the anti sectarian law, was ostensibly to stop/prevent Ugandans from criticizing how sectarian the regime will "become" (50-year plan state capture).

In other words, the more facts Ugandans are pissed off and ready to expose about marginalization, sectarianism and practices in government departments; the more reason they will be arrested.
Report to administrator
0 #25 Jonathan Luyirika 2020-07-28 07:42
The NRM government is in panic because they afraid of people whom they have been oppressing , torturing etc.

Oh , poor guys , they even forgot ,Chief Justice (retired) Katureebe and Attoney General to mention another few .Anyway let us pray for them .

And Sula, lined up to become the next Chief Justice is non other than Buteera.
Report to administrator
123