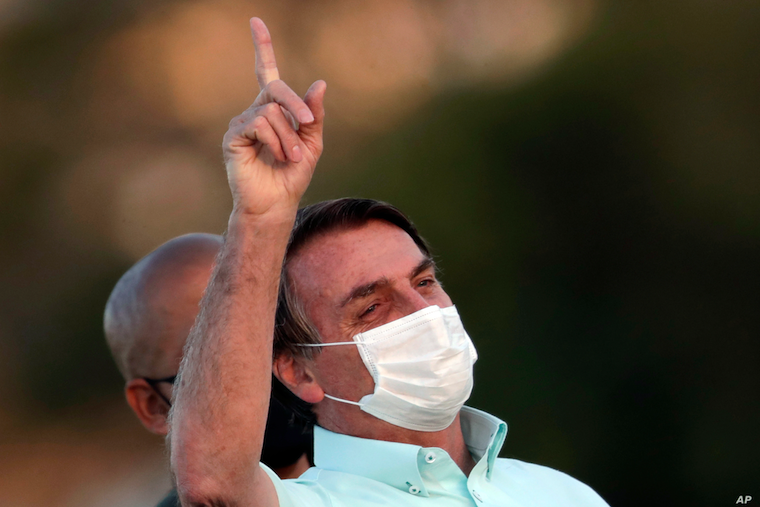 Brazil President Jair Bolsonaro remains in self-isolation at his official residence in Brasilia after testing positive for the coronavirus for a third time in two weeks.

Bolsanaro's medical team revealed the results of Tuesday's test in a statement Wednesday, which also said the president is in good condition.

Due to his latest coronavirus test, Bolsonaro’s advisers told the French News Agency (AFP) his planned trips to the Brazilian states of Bahia and Piauí in the coming days are currently on hold.

Bolsanaoro said he and four ministers in his administration are treating their infections with the anti-malaria drug hydroxychloroquine, despite scientists saying there was no medical evidence to support its effectiveness.

Bolsanaro has been criticized for his management of the health crisis. He fired two Health ministers amid the pandemic and has openly opposed measures to curb the virus, including wearing face masks and practising social distancing.

Brazil has the most COVID-19 cases in Latin America, with more than 2.1 million infections and more than 80,100 deaths.

That is why and how he has not checked out, unlike tens thousands of his countrymen/women and children who are now resting peace.
Report to administrator