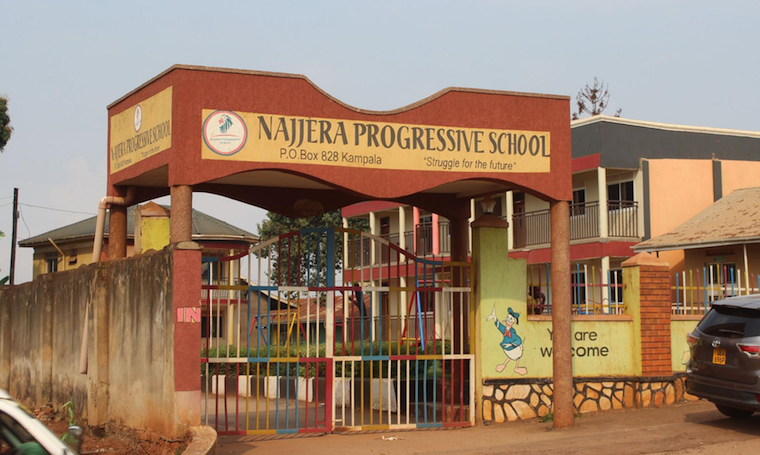 Najjera Progressive School has been closed

The proprietors of Najjeera Progressive School have decided to close it after 32 years of service and contribution to the country's education sector.

The school, located along the Kiwatule-Najjeera road in Kira Municipality is one of the non-medical causalities of the COVID-19 pandemic lockdown, which left it crumbling and advancing its financial struggles that have lasted over several years.

Andrew Timothy Nsamba, the school director says that after a comprehensive analysis of the business viability, he is certain that the school cannot survive the shutdown measures alongside other pre-existing pressures. His pronouncement comes as the last nail, burying years of history for thousands of children whose foundation is traced there.

Nsamba, who took over management from his mother Kezia Matovu, says that the school’s the performance had drastically declined in recent years and the student population dwindled from more than 1,000 to 500 learners at the time of the school closures in March. He adds that the school had become a risky venture for its managers.

At the end of last month, the school sent a communication to all staff informing them that all contractual obligations will be terminated with effect from July 30, 2020.

In the same communication, Nsamba indicated that they had entered into a memorandum of understanding with Tropical primary school, Najjeera, to take on all willing staff and learners who meet their standards at the same terms and conditions of service.

A separate communication was sent to parents advising them to find alternative schools for their children. Noah Aggrey, a P.7 teacher at the school looks back at a journey of ten years he has spent at the school and a grim future that comes with the decision to wind down its activities. He says that although life might continue long after the closure, it will not be the same for many of them.

John Galambi, the director of studies, shares that most of them have been planning to first get back to their respective villages as they plan the next step. He says that for the last month they have been surviving on loans with the expectation of repaying back once the schools reopen. All schools in the country were shut down in March this year and over 15 million students sent home due to the coronavirus pandemic.

Aidah Mukasa, a long time parent at the school, shares that all her children and grandchildren have gone through Najjeera Progressive. She said that although the school is privately owned, it has been at the heart of the community and its abrupt closure is unfortunate.

Kosia Gamba, the resident at Najjeera I, says that the closure of the school means that parents and learners will have to trek longer journeys to find schools that match their incomes. Gamba adds that other schools around are highly expensive and unaffordable. Mercy Trace Kyomuhendo, a primary seven-candidate at the school wonders how education will be when she transfers to another school after the COVID-19 uncertainty.

Henry Mukasa Nsubuga, the director of Tropical primary school, Najeera affirms that they have endorsed an MoU to take on some teachers and learners from Najjeera Progressive. He, however, adds that even those that will be accepted will be assessed to ensure that they suit the standard of the school.

The school which had stood the test of the time, will eventually go down with all its memories but the owners are not yet sure on the step. Nsamba says he is considering turning to real estate or sell off the entire property.

Many private schools across the country are stressed, with most of them are edging out of education business converting their schools into business rentals. The Uganda National Association of Private Schools and Institutions has written to the government in search of a stimulus package to keep afloat.

Last month, President Yoweri Museveni ordered the Education and Gender ministries to list education institutions from primary to tertiary institutions that have been affected by the lockdown. however, it is not yet clear how the government intends to help them.

In his televised speech yesterday, Museveni urged the Uganda Development Bank (UDB) to take on the loans of some of the private schools struggling due to the lockdown. He also pledged Shs 2 billion towards the private teachers Sacco.
There are about 350,000 teachers in private schools but Museveni ruled out paying off their salaries saying it would dent hugely the finances of the country. He said a hard decision would have to be made before September this year on whether to reopen the schools for candidate classes and finalists, declare a dead altogether, or if a vaccine is got by then, vaccinate all students and reopen all schools.