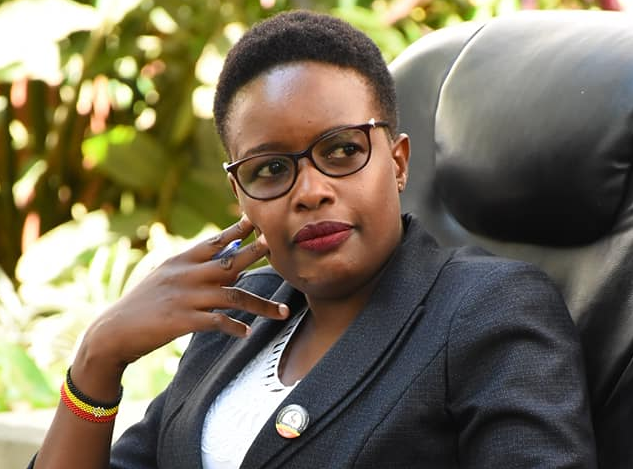 Nyanjura took over from Hajjat Sarah Kanyike who had been named by President Museveni as director for Gender and Community Development at Kampala Capital City Authority (KCCA). For Lukwago, who felt betrayed by Kanyike, a defiance-hardened person is what he needed to deputize him.

That is how he picked on the 31-year-old Forum for Democratic Change (FDC) diehard, who at age 12 had joined political activism. Nyanjura was in her P.6 at Nyakasura Junior School in her native district of Kabarole, when she saw Dr Kizza Besigye’s 2001 campaign poster.

Because all she had been seeing and hearing was about President Museveni; she saw an alternative voice in Besigye’s poster that made sure that she went home with it. Her father, Samson Muhenda, who was at the time the deputy head teacher of Nyakasura Junior School, was surprised to find the poster pinned up at his house.

“Where did this come from?” inquired the father and Nyanjura readily explained, as she narrated to The Observer in an interview last week.

A veiled caution from the father followed, telling her that she risked imprisonment because the law does not allow pulling down of campaign posters.

“I innocently picked interest in finding out more about who Dr Besigye was. Fortunately, my father used to come home with newspapers; I got a separate notebook where I would write what I had read about this new discovery [Besigye],” Nyanjura says.

After her primary school, she joined Kyebambe Girls School where she got initiated into the culture of protests and demonstrations. She had hardly spent a week at Kyebambe when the first demonstration against poor food happened.

“The police arrived and closed the school gate before all of us could march out. I mobilised my colleagues and went through the school farm, jumped over the fence and joined our colleagues at the district headquarters,” Nyanjura says.

Her driving force was her father’s advice as she prepared to join secondary school: “Whenever there is a demonstration and it is for a good cause, for your safety, please participate."

This was meant to cushion her against being punished by the organisers of the demonstrations, but it actually built a spirit of defiance within Nyanjura that she could not easily comply with whatever her teachers told her once she was convinced it was not right.

By the 2006 election, as a 17-year-old, she had built enough confidence to speak about Besigye at school whenever she got the opportunity. FDC had become her identity since it was the label she put on almost everything that belonged to her.

When she joined Masheruka Girls School in present-day Sheema district, she christened herself “FDC preacher.”

“There are people who preach about the Gospel of God and all that, but given my limitations – I’m not so passionate about things to do with religion – I used to preach a different kind of gospel,” she says. 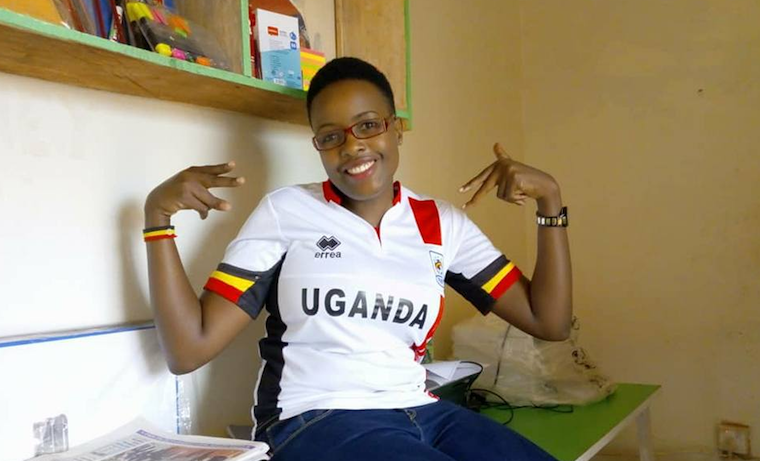 Joining Makerere University in 2009 came with a disheartening experience for a person so passionate about FDC affairs like her. The election of Gerald Karuhanga (current Ntungamo Municipality MP) as guild president on the FDC card gave her a false belief that her party enjoyed wide support at the university.

The next mission for her was to mobilise and reorganise FDC at Makerere starting with her bachelor’s degree in Tourism class and later spread out to the entire university and in the process caught the eyes of the big men and women at Najjanankumbi, including Besigye, her childhood idol.

In 2012, she got herself brutally arrested at the Constitution square in Kampala as she prepared to launch a book, Is It The Fundamental Change? that she co-authored with Ibrahim Bagaya Kisubi. She was sent to Luzira prison, which forced her dad to rethink the advice he had given her on demonstrations.

This time, Muhenda’s message to his daughter was: “Please don’t participate in demonstrations, be careful.” 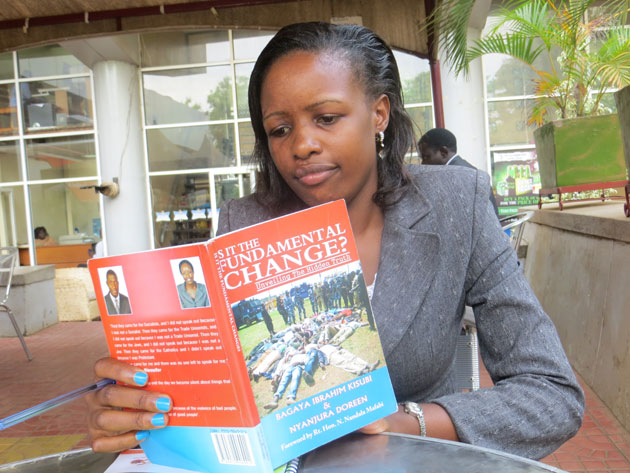 But the fearless activist she had evolved into continued to march on, worrying her father, who changed tact, asking her instead to hold off ‘defiance’ until she was done with her studies. A few weeks to her final exams, Nyajura was released on bail from Luzira and she had to assure her father that she would not go back to political activism until she had completed her degree.

And when she was done, Nyanjura threw herself back into her passion – activism for change – this time with her father fully behind her.

“Currently, he is my big fan and advisor. He always recommends reading material about political revolutions,” she says.

This involves checking what she posts on social media to be sure that it is reflective of the good leader that he wants her to be.

“Sometimes I tell him that [I post] just for fun, because I also have another life besides being a leader,” she says. Well, Nyanjura is only 31. The age where her contemporaries post selfies, discuss fashion and the men in their lives. Not her.

In a lengthy Facebook post in May, Nyanjura talks about her experience after university, staying alone in Ntinda, a Kampala suburb, waiting for her graduation. A wooden door separated her two-room apartment from another that was occupied by a woman who was dating a Whiteman.

“If I did not have a meeting in town, I was usually home being entertained and incited by loud screams from the female neighbour. I finally made up my mind to choose a boyfriend from the many that were after me,” she posted. 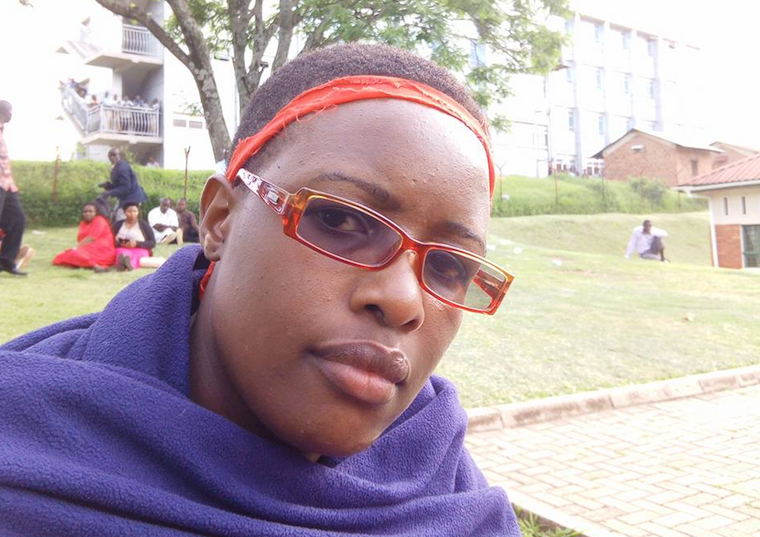 The lucky guy was a “hunk with a husky voice” she had connected with over Facebook, but had never met in real life. Meeting him, she discovered that he was not the hunk she had seen online; he was using somebody else’s photo although “he was cool too, had a posh car and the money”.

“We met at Nandos. [In the middle of] our date, he stretched his arms and my eyes landed on three pistols neatly tucked in his boxer and trouser. I calmly excused myself to receive an imaginary phone call,” her Facebook post further reads.

That was the end of that date, and Nyanjura believes the hunk had been sent by the state to ‘date’ her, something which has taught her to be selective if she is to go into a relationship.

“I am in a [new] relationship, but very selective when it comes to dating because I nearly became a victim of being dated by someone who had been sent by the state,” she says.

She does not say much about her current relationship, because from talking to her, having or not having a man in her life is not really a bother. It is political talk that makes her eyes sparkle and her posture change.

“What is of priority to me is that we have a just society, that we achieve change. Whoever wants to date me should understand that that is my major priority, the rest is secondary. I can do without a man, but I can’t do without fighting for a free Uganda and a just society,” she says.

“Relationship… It is not something that [consumes] me [so much] that I will be bothered that I have no man; no! I am bothered that Museveni has overstayed in power.”

One can only hope that daddy Muhenda is comfortable with his daughter’s stance. If she is to date – or marry – the man must be accommodative of her FDC politics.

“I know that there are many men out there who fear to approach me because of my political background and party affiliation. There are those that have come to me but when they realize that I am a politician, they tend to go low, but that is my personality and I can’t change much of it,” she says.

When the KCCA Act was amended to change the leadership structure at City Hall, Nyanjura contested and lost the speakership to Abubaker Kawalya. Lukwago consoled her with an appointment as the first KCCA secretary for finance until her elevation last month to deputy lord mayor.

Her first plan of action was a stimulus package to Kampala’s business community affected by the Covid-19 lockdown. This includes proposals for the suspension of collection of trading license fees, market dues and commercial user fees.

As deputy lord mayor, her focus is also on street children for whom she is developing a comprehensive plan to get them off the streets and into rehabilitation centres where they can benefit from vocational skills training programs.

That is the new deputy lord mayor, a soft-spoken, fair-skinned, short-haired beauty, whose outward appearance does not betray the tough-as-nails politician embedded within.

0 #1 Robert Atuhairwe 2020-07-15 07:41
This Nyanjura is something else. Very focused, determined-and polished! Very very few of her peers come close. The one who does happens to be in NRM.

What I can't wrap my Head around is that "state agent" flaunting guns in her face. What was he trying to achieve, plus showing off a car and money? Very fake, indeed!
Report to administrator
0 #2 Nalongo Mutiima 2020-07-15 09:39
Nyajura reveals that she almost gave in to an armed state agent which explains why M7 easily captures women to defect from their parties and join NRM.
Report to administrator
0 #3 Nalongo Mutiima 2020-07-15 09:47
Nyanjura, it is too early to celebrate that you have survived a state agent.

Next time, you'll discover an irresistibly handsome, rich and tall Munyankole dude has swept you over your feet. Remember many of them like Batoro girls and have rarely failed! Don't say I never warned you!
Report to administrator