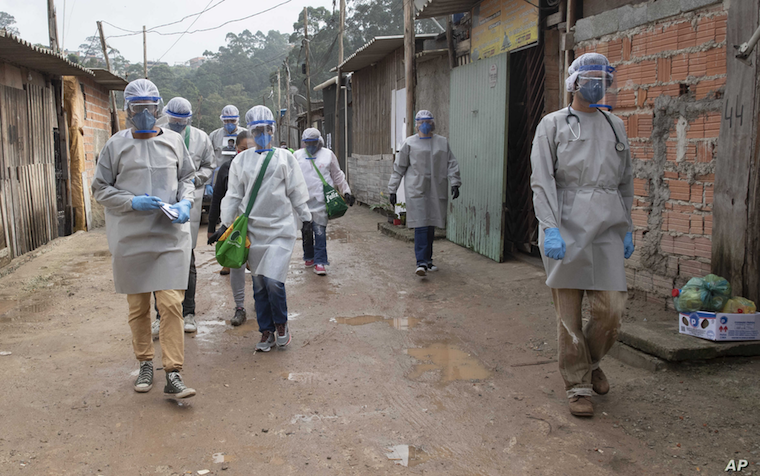 Countries are not doing enough to stop the spread of COVID-19, the World Health Organization (WHO) has warned.

This comes as the world is experiencing a spike in the number of cases that are reported daily globally. Data from WHO shows that by Monday 13 million cases and over 500,000 deaths were also reported.

With such an increase and high levels of complacency being recorded in many countries with people no longer wearing masks, washing hands or avoiding large gatherings, WHO director-general Dr Tedros Adhanom Ghebreyesus warns that the pandemic is going to get worse than it is today.

While addressing a press briefing on Monday, Ghebreyesus, said that the pandemic is still an enemy to humanity and people need to take precaution.

"The virus remains public enemy number one, but the actions of many governments and people do not reflect this. The only aim of the virus is to find people to infect. Let me blunt, too many countries are headed in the wrong direction. If the basics aren’t followed, there is only one way this pandemic is going to go. It’s going to get worse and worse and worse," he said.

The WHO chief warns that mixed messages from leaders are undermining the trust of the public which is critical in any disease response.

According to WHO, while some countries had adhered to earlier set preventive measures, but of late many people are no longer adhering to the measures.

In countries like Uganda that instituted a lockdown even before a case was reported in the country, people seem to have given up on keeping safe since the lockdown was lifted. Measures such as hand washing, physical distancing and wearing of face masks have been abandoned.

Dr Ghebreyesus says in such situations, it is important for leaders to roll out comprehensive strategy focussed on suppressing transmissions and saving lives.

"Every single leader, every single government and every single person can do their bit to break chains of transmission and end the collective suffering. I am not saying it’s easy; it’s not," he said.

How can countries (the world) fight an enemy they don't know & win the war & with what tools/medicines/vaccines?

WHO is saying countries are going in wrong dirction , yet hasen't up to now, ensured scientists are working in China to find out how the virus came to exist!

The world is fighting a battle that ALL will lose, if the right actions aren't taken & the sooner, the better.

Malaria, Ebola, Diarrhoea are killers in shitholes, but covid-19 is the entire world killer & it' time WHO find the source/origin, instead of playing politics!
Report to administrator