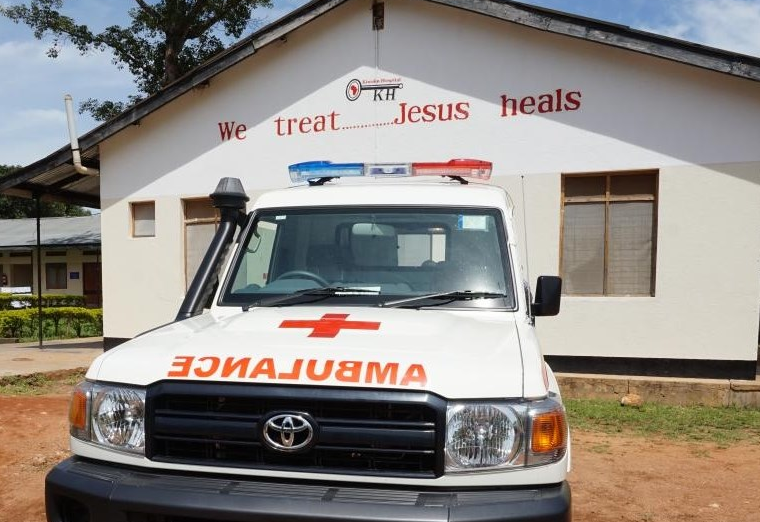 A survey says 70% of Uganda's ambulances are substandard

70 per cent of ambulances used in Uganda to ferry patients to hospitals lack equipment, medical supplies and trained personnel, a survey conducted by Makerere University School of Public Health has revealed.

The findings of the survey were published in the scientific and clinical journal, BioMed Central. The survey centred on finding out the state of emergency medical care services in Uganda.

Findings from the survey were established after 52 pre-hospital service providers like ambulance services or police pick-trucks showed that the level of care given to patients is substandard during transportation to health facilities.

Findings also show that both police and ambulances do not have essential medical supplies or equipment like pain medication, vital signs monitors, an electrocardiogram (ECG) machine, a defibrillator or an intubation set used to clear blocked airways.

The survey shows that ambulances lack equipment such as suction machines that remove obstruction from airways or medicines such as Tranexamic acid that prevents excessive bleeding caused by trauma like an accident. In addition to this, essential items like non-breather face masks needed to assist breathing are also not present.

In addition to the lack of medicines, findings from the survey also show that majority of the persons who operate emergency service vehicles or missions do not have any kind of medical training.

The ministry of Health in 2018 finalized the emergency services policy which is supposed to guide the operation of emergency service providers such as ambulances. However, the policy is yet to be passed by parliament.

As part of the policy, ambulance services have been categorized into three categories- type A for transporting patients, type B for universal coverage which will have medicine and medical personnel to provide emergency care and type C where minor surgery can be carried on the patient within a moving ambulance.

In Uganda, only the Uganda Heart Institute has a Type C ambulance. Dr John Baptist Wanyiaye, the commissioner in charge of ambulance services at the ministry of Health says that since the policy has not yet been passed, there is little that the ministry can do enforce ambulance standards in the country.

According to the ministry of Health, there are 440 ambulances in the country. Wanyiaye says that majority of the ambulances that are used in the country are type A. They do not have the capacity to offer emergency lifesaving care.

"Most of the ambulances in the country were bought before standards were set. There are people who buy these ambulances without consulting us. Some of them are bought by our leaders and most of them are type A ambulances - patient transport vehicles. They don’t have much to do with the ambulance. They are just to make sure the patient is comfortable." said Wanyiaye.

Last year, 24-year-old Haula Namakula gave birth to sextuplets at Rubaga hospital. However, three of the babies died on their way to Kawempe referral hospital. Doctors at Kawempe say some of the children died due to lack of oxygen.

Wanyiaye says that government is working towards making sure that all new ambulances that enter the country are either type B or C to avoid such occurrences from ever happening again.

“All ambulances brought in through the right channels now have to either be type B or C so that patients can get adequate care,” he said.

+2 #1 Gusula Irra 2020-07-14 04:52
But do black Ugandans see or even know at all that several ambulances we're donated by private companies to Uganda government recently when t President Museveni pleaded for ambulance donations????

Where are those ambulances??? Does anyone update him about where they went, how they are being used, or whether they were stolen?

He wanted to buy 1350 ambulances, how many have been bought for hospitals in the country from the billions of money that were donated by kind hearted Ugandans who in addition pay taxes????
Report to administrator
+2 #2 Rm 2020-07-14 05:33
Dr John Baptist Wanyiaye you are the reason why Uganda will never develop having you in service. How do you say you are waiting for policies to be passed to train medical staff and properly equip MoH vehicles.