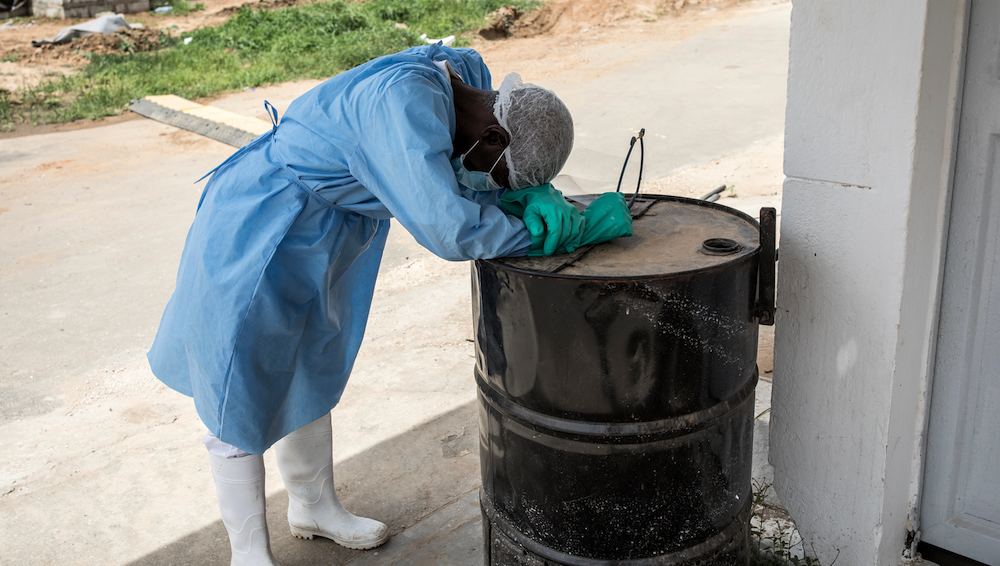 The East African region Monday recorded a spike in coronavirus cases, with Kenya registering its highest daily deaths, 12. So far, at least 197 people have died of coronavirus in Kenya while the number of infections rose by 189 to 10,294 cases.

Uganda recorded 4 new cases (total 1,029) from the 1,702 samples tested on Sunday. Uganda, which has not registered any coronavirus deaths also recorded 5 new recoveries, increasing the total number of recoveries to 977.

On Monday, Isingiro district recorded its first community case of COVID-19 according to results that were released by ministry of Health.

Officials say the district's first case is a 19-year-old male who had travelled to Tanzania and sneaked into the country using the porous border entry points. He was later picked from Rubondo.

Isingiro resident district commissioner Herbert Muhangi says that the district gets many people from Tanzania trying to enter the country illegally to sell merchandise. At the same time, a number of Ugandans go to Tanzania to till gardens.

To date, the district has 69 people both Ugandan and Tanzanian nationals under quarantine. The 19-year-old was among the four new cases confirmed on Monday. The other contact and alert case was from Amuru while the other two cases were from cross border truckers who entered the country using the Kerwa and Mpondwe points of entry located in Yumbe and Kasese respectively.

0 #1 WADADA rogers 2020-07-14 09:06
Trump identifies another hoax, the corona virus, somebody is fooling another and the one being fooled is just listening and not thinking, has the message of the corona virus sunk home or it is comedy at work.

At one time it was a Chinese virus, a few months later, it is a hoax, this school of thought seems to agree with that of Magufuli and who knows, may be my own
Report to administrator