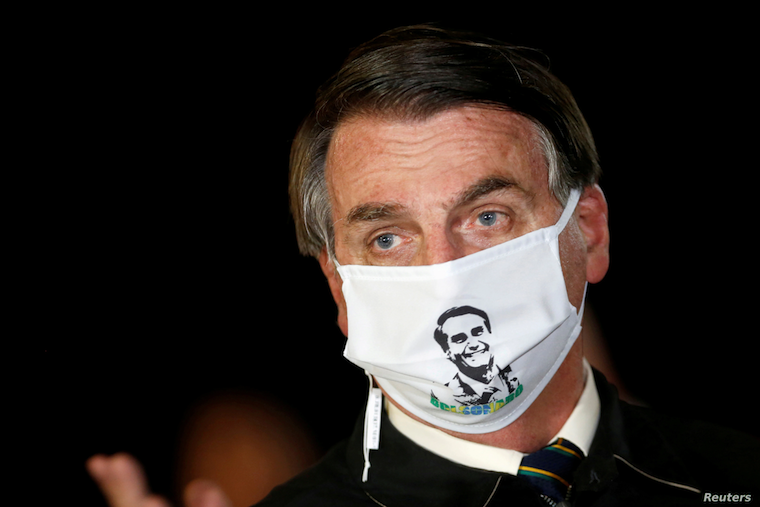 Bolsonaro, who said last Tuesday he had tested positive for the coronavirus, is taking the unproven drug hydroxychloroquine. On Saturday, his wife said her test and those of her two daughters came back negative.

Bolsonaro, who said his symptoms are aches, fever and malaise, has a new routine of virtual meetings and Facebook live broadcasts spent in the company of a few aides who had previously tested positive. Not so long ago Bolsonaro was attending rallies and going out to mix and mingle.

“I’m sorry I can’t interact with you here. Not even next week will it be possible because I think I will not yet be completely free of the virus, so I will not have anyone on my side here,” Bolsonaro said on his weekly Facebook broadcast Thursday.

Brazil, with 1,071 new deaths Saturday, has a total of over 72,000 deaths and 1.9 million confirmed cases. The South American nation trails only the United States in cases and deaths, according to Johns Hopkins University data.

Worldwide, there are more than 13 million confirmed cases and more than 570,000 deaths, according to Johns Hopkins.