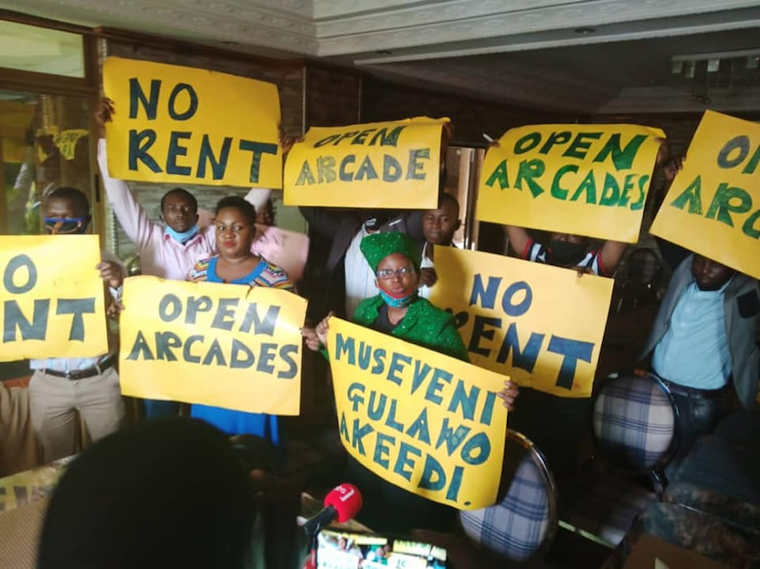 Makerere University researcher, Dr Stella Nyanzi has been arrested on allegations of holding an illegal demonstration. Nyanzi was arrested from near Nakasero market with two others where they had gone to mobilize arcade traders to protest against the continuous lockdown on their businesses.

Nyanzi, who has expressed interest in contesting the Kampala Woman MP position, says it’s wrong for the government to continue denying the people working from arcades to resume their businesses for the fear of the spread of the coronavirus.

Speaking to reporters at the Uganda Media Centre in Kampala today Patrick Onyango, the spokesperson of Kampala Metropolitan Police said, it’s fruitless for any group to think that they can demonstrate to force the government to reopen their businesses. He cautioned traders not to be used by politicians whose only aim is to advance their political interests.

"We want to inform the general public that easing the lockdown on who demonstrates but on the advice of the scientists but now who makes the loudest noise. Demonstrations does not help, we appeal to politicians not to politicise the issue of lockdown," Onyango said.

Onyango said, Nyanzi together with the colleagues are going to be charged in court with two counts; incitement and engaging in acts that are likely to cause the spread of the coronavirus.

People especially those whose businesses remain under lockdown, have increasingly become agitated with the government. Some have questioned the rationale behind opening some businesses and leaving others closed yet all of them deal with the same people.

Boda Boda cyclists on Monday dragged the government to court to compel it to lift a ban on their operations. Currently, Uganda’s coronavirus cases stand at 977. Of these, 904 people have recovered.

When i look at the congestion in Kikubo or the taxi park, i only wonder what games Government is up to in keeping the arcades closed, i know that arcades have smaller populations compared to kikubo and the park.
Report to administrator
+1 #5 Nalongo Mutiima 2020-07-10 10:02
I love Dr. Stella Nyanzi. She is brilliant, morally courageous and charming.

But NRM rogues will not allow her win the Kampala seat. Let Stella ask Salaam Musumba, another brilliant lady whose votes have always been stolen.

That shows you the power of a single woman who makes the whole head of state quake in his boots.
Report to administrator
0 #6 Amooti Mugi 2020-07-12 08:36
Who is worse, the one who steals billions mean for the wretched Ugandans in lockdown and have lost all their livelihood s due to the China flu, or Dr. Stella Nyanzi who has not stolen any shilling but is just asking for the reopening of archades????

African brains of some Africans can ashame!!! Is Nyanzi a worse criminal then a corrupt official?
Report to administrator