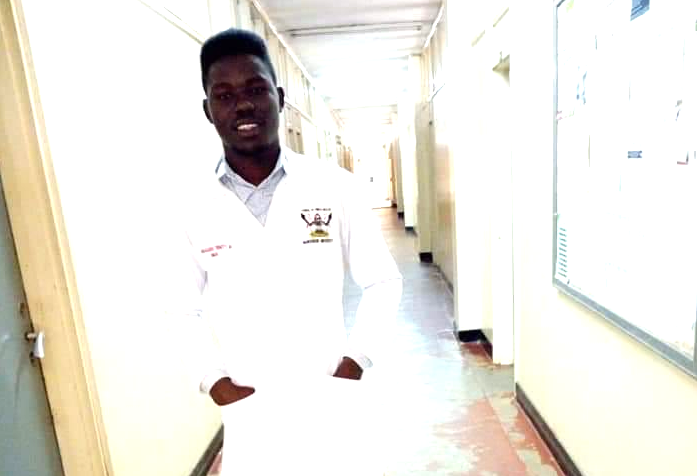 Ten suspects have been arrested in connection to an alleged mob action that led to the death of Emmanuel Tegu, a third-year Veterinary student of Makerere University.

Kampala Metropolitan Police spokesperson, Patrick Onyango, says Tegu was clobbered by a mob near Lumumba Hall in Makerere University on June 28 on suspicion that he was a thief.

He was rushed to Mulago national referral hospital in critical condition where he breathed his last over the weekend because of multiple organ failure resulting from internal bleeding. He was buried yesterday at his ancestral home in Bukedea in eastern Uganda. Now, Onyango says they have picked up ten suspects in connection to the mob action.

"Today, police carried out an intelligence-led operation and arrested 10 suspects in connection to the death of Tegu. All the suspects are residents of Makerere University in Kampala," Onyango said.

He disclosed that the suspects are in custody at Wandegeya police station pending interrogations.

“The suspects, whose identities will be disclosed after interrogation, are said to have participated in the mob action that led to the death of the student," Onyango added.

According to sources, the arrest follows a meeting between the deputy inspector general of police Maj Gen Stephen Muzeyi Sabiiti and Kampala Metropolitan police commanders on Sunday.

Sabiiti reportedly stormed out of the meeting after the commanders said there were no arrests and yet there was reportedly a dying declaration of the deceased about his attackers.
It is alleged that the suspects have counter accused each other of beating the deceased student. Police are still pursuing the remaining suspects who are still at large.
According to family members, Tegu, while on his death bed said he was clobbered by both police and Local Defense Unit personnel for allegedly flouting coronavirus curfew guidelines. It is alleged that the deceased was beaten at around 10 pm after leaving church. Uganda currently has in place a 7 pm-6.30 am curfew which prohibits movement of non-essential workers.
Security personnel, especially LDUs have come under criticism for their highhandedness which has led to at least 10 documented direct deaths while implementing coronavirus guidelines since March when the lockdown was announced by President Yoweri Museveni.

LDU Interahamwe were recruited from Neighboring Countries to cause Havoc in Uganda..

All Orders are From Sabiiti Muzeeyi to Kill and Maim Ugandans !! No Case to ANSWER!

The Almighty presides in State House!What does a Curfew bring at these uncertain Days of Pandemic! What are they trying to Hide during Night??

Where by During Day Time All Streets are Congested Without any Social Distancing..Why Continue to Torment Already Impoverished Folks..??..You Policemen Killing Ugandans bear it mind that we are keeping Count..Book your Exit Tickets NOW!!
Report to administrator
+2 #2 Lakwena 2020-07-07 09:12
Jesus, the level of violence in this country is heartbreaking. Makerere University which is supposed to be epitome of serene and civilization in Uganda remains closed.

Therefore, who are the members of the mob that lynched Tegu?

In other words, if it is not the Police and stupid LDU, then the immediate suspects should be the campus residents: Lecturers, Professor and their family members.