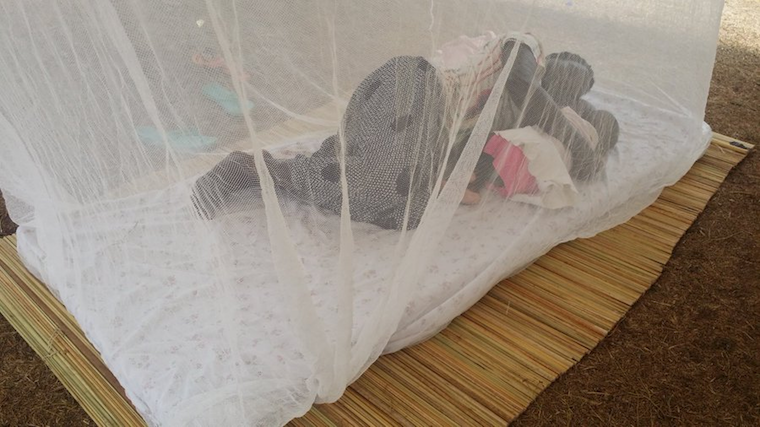 It is a busy season at the ministry of Health. As one team knocks at doors to hand out cloth-masks to combat Covid-19, another shall be traversing the country handing out mosquito nets.

Starting with the districts of eastern Uganda and parts of Lango sub-region, the ministry has launched its door-to-door distribution of mosquito nets.

While in the last campaign beneficiaries were required to pick the nets from designated local council stations, this time the ministry is undertaking a ‘Covid-smart’ campaign where social distancing shall be observed, digital means used to capture data and full personal protective equipment availed for the officials distributing the nets.

The country remains under partial lockdown as cases of Covid-19 soar to beyond 800, but with no death. Supported by the Global Fund, USAID and the UK government, the mosquito nets shall reach at least 40 million people in the country, according to Rukia Nakamatte, the social behavioural change communication specialist at the National Malaria Control Programme.

While Covid-19 continues to challenge the healthcare system and economy, malaria remains the country’s biggest killer, Permanent Secretary Diana Atwine said during the media orientation Zoom meeting last Saturday to discuss the launch of the exercise.

The ministry reported an upsurge in malaria cases last year, despite gains the country had made the last 10 years in rolling back the disease caused by the female anopheles mosquito.

Uganda also has the sixth highest number of deaths from malaria in Africa, with 10,500 deaths reported in 2013 alone.

However, an intense mass action against malaria (MAAM) saw morbidity and mortality rates drop after 2013 until 2019, when an increase of 40 per cent morbidity was recorded. The ministry attributed the rise to a refugee influx, prolonged rains and poor use of mosquito nets.

“From the last malaria indicative survey we did [2017/18], about 30 per cent of the nets we gave out were not used effectively,” Nakamatte said on Saturday.

In 2017, the ministry distributed about 24 million insecticide-treated mosquito nets, and they are increasing that number to 27 million this year, giving each household a mosquito net for every two people.

In a country where mosquito nets have in the past been used as curtains, chicken coops, garden demarcations or simply stored away, Dr Jimmy Opigo, the assistant commissioner heading the National Malaria Control Programme, said the current campaign is dubbed, ‘Under The Net’. That way, it shall promote both distribution and use.

The distribution shall take place between July 10 and 20.