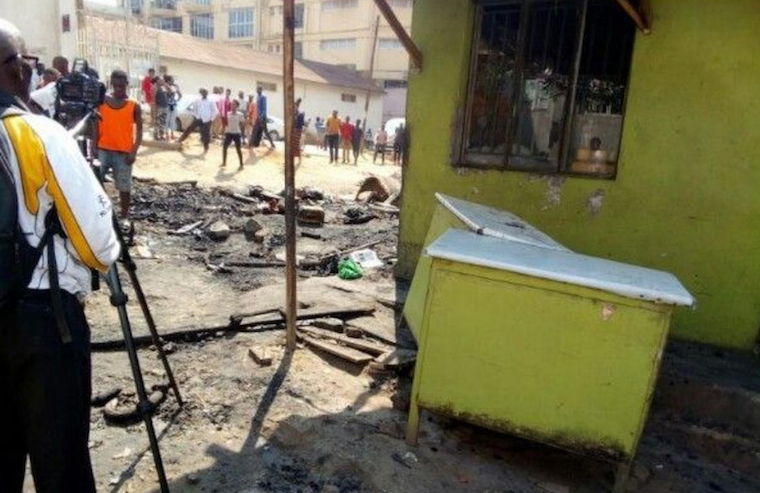 Emmanuel Bahati was killed in the pork joint fire outbreak

One person was killed in a pork joint fire outbreak in Namugongo, Kira division in Wakiso district.
A Congolese national, Emmanuel Bahati, 28, a casual labourer who has been roasting pork, was burnt beyond recognition on Saturday morning from inside Kigambo pork joint located opposite Namugogo catholic martyrs shrine.
Kira division police commander David Hiriga said shortly after the fire outbreak, police fire brigade team arrived at the scene but the pork joint and about five kiosks were already burnt to ashes and one person dead.

Kira police division scene of crime team of detectives visited the area and combed the spot and found a male person who had been burnt to ashes.

Police preliminary findings have indicated that the deceased was staying in one of the kiosks and he was sleeping at the time of the fire outbreak. His body has been taken to city mortuary Mulago for postmortem.

“The cause of fire is not yet established as investigations into the matter are ongoing and we shall communicate the progress of the case, " said Kampala metropolitan deputy police spokesperson Luke Owoyesigyire.

The assistant inspector general of police (AIGP) Joseph Mugisa, also director of fire, emergency and rescue response said the directorate registered 20 cases of fire outbreaks in 2019 and 8 people died in such incidents in Kampala and Wakiso.